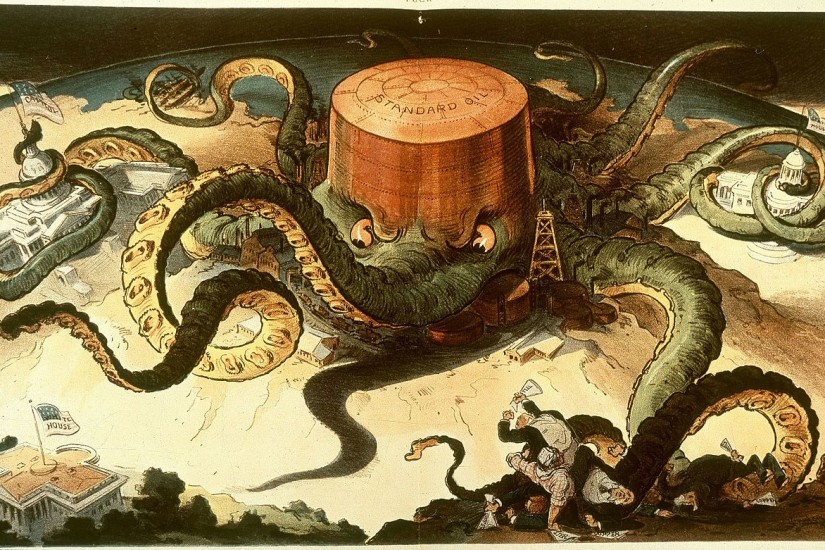 Richard R. John, a professor at Columbia University’s Graduate School of Journalism who specializes in institutional and business history and in the political economy of communications in the United States, has spent a considerable portion of his career studying the history of monopoly and antimonopoly in the U.S., a largely understudied chapter in American history. In his 2010 book Network Nation: Inventing American Telecommunications (Belknap Press of Harvard University Press, 2010), John traced the influence of political decision-making on the evolution of the telegraph and the telephone, by studying two government-backed private communication monopolies, Western Union and Bell/AT&T, and the political economies in which they developed and prospered.

In a 2012 paper, John continued to explore the history of antimonopoly in America, revealing the extraordinary influence cartoonists had on public opinion regarding business norms, and the role business historians played in largely obscuring the legacy of the antimonopoly movement.

The importance of antimonopoly had been largely under-explored, according to John, for three main reasons. One is the conflation of antimonopoly with the enforcement of antitrust laws at the federal and state level, both of which, while important, are relatively recent phenomena. The second reason is a mistaken presumption that antimonopoly was primarily championed by farmers and laborers, outsiders to the urban, professional middle class, when in fact the movement was far more central and counted leading public figures like Louis Brandeis, Thurman Arnold, and Grover Cleveland among its ranks. The most effective proponents of antimonopoly, notes John, have often been “relatively well-placed.”

What happened to the American tradition of antimonopoly since the days of Brandeis? John is currently writing a book on the history of monopoly and antimonopoly in the U.S. In a conversation with ProMarket, John explained how it came to be that antimonopoly was largely cast aside in favor of antitrust, why it is wrong to conflate the two, and why he believes that the antimonopoly critique is coming back to prominence.