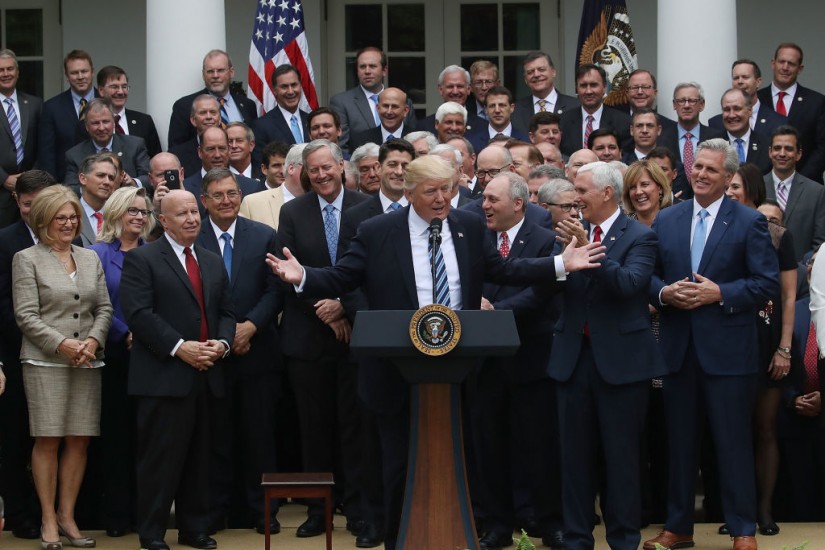 Last Thursday, Senate Republicans released the text of a bill to repeal the Patient Protection and Affordable Care Act (ACA) that had been drafted in secret by a select group of 13 (all-male) Republican senators. Mitch McConnell and his men pursued this strategy not just because the bill is likely to be unpopular — although it is — and not just because their majority is small and fractious — although, again, it is.

Instead, Republicans negotiated in secret because they are trapped by the history of the health-care policy debate over the last half-century. Barack Obama and Nancy Pelosi passed the ACA using conservatives’ best health-care idea — individual and employer mandates. Now Republicans are compelled to repeal the ACA even though they are stuck with inferior policy solutions.

Along with federal support for the expansion of Medicaid, the individual and employer mandates are the ACA’s core mechanisms for increasing the number of Americans covered by health insurance. Respectively, they compel uninsured individuals to obtain coverage through the insurance exchanges and require employers of more than 50 people to provide insurance for their workers.

Yet mandates, at their intellectual core, are a fundamentally conservative idea — one designed to preserve the existing system of private insurance provision while making coverage attainable for all Americans.