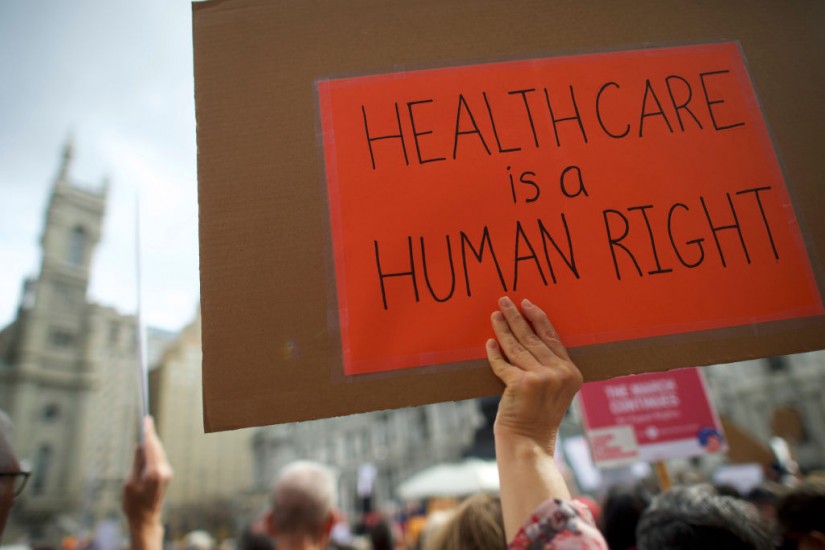 It was a cold March night when Dr. Martin Luther King, Jr. turned his pulpit towards health care. Speaking to a packed, mixed-race crowd of physicians and health-care workers in Chicago, King gave one of his most influential late-career speeches, blasting the American Medical Association and other organizations for a “conspiracy of inaction” in the maintenance of a medical apartheid that persisted even then in 1966.

There, King spoke words that have since become a maxim: “Of all the inequalities that exist, the injustice in health care is the most shocking and inhuman.” In the moment, it reflected the work that King and that organization, the Medical Committee for Human Rights (MCHR), were doing to advance one of the since-forgotten pillars of the civil-rights movement: the idea that health care is a right. To those heroes of the civil-rights movement, it was clear that the demons of inequality that have always haunted America could not be vanquished without the establishment and protection of that right.

Fifty-one years later, those demons have not yet been defeated. King’s quotation has become a rallying cry among defenders of the Affordable Care Act, the landmark 2010 legislation that has come the closest America has ever been to establishing a universal guarantee of health care. Their position is in peril, as the Republican effort to repeal the law and create a replacement that leaves 22 million more people uninsured over the next decade and will slash Medicaid enrollment by 15 million now sits just days away from possible passage.

People of color were the most likely groups to gain coverage and access to care under the ACA, and in the centuries-old struggle over health, they have never been closer both to racial equality of, access and to, the federal protection of health care as a civil right. But if Republicans have their way, that dream will be deferred.