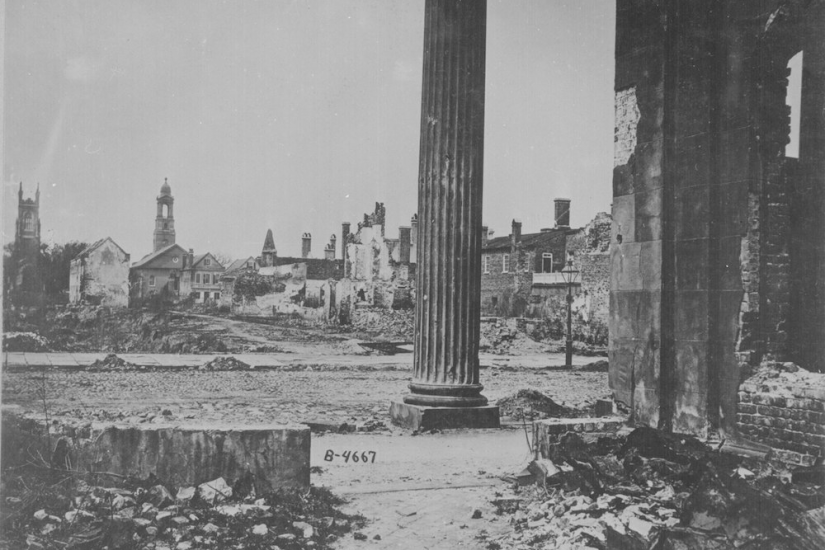 In the cooling evening air, Charleston, South Carolina’s notable citizens filed into Hibernian Hall on Meeting Street for the traditional banquet to close their July 4th festivities. The year was 1860, and the host, as always, was the ’76 Association, a society formed by elite Charlestonians in 1810 to pay homage to the Declaration of Independence.

The guest of honor was one of the city’s most beloved figures, William Porcher Miles, Charleston’s representative in the U.S. Congress in Washington. A former professor of mathematics at the College of Charleston, Miles had won his city’s heart with his heroic efforts as a volunteer nurse to combat an epidemic of yellow fever on the coast of Virginia. He was not a planter, and not even a slaveholder, but he believed in the Constitution and in the slave master’s rights sealed by that compact—and he had come to believe that America was best split into two.

Miles wasn’t happy when, amid the clinking of glasses, a poem approved by the ’76 Association was read out loud in the hall:

The day, when dissevered from Union we be,
In darkness will break, o’er the land and the sea;
The Genius of Liberty, mantled with gloom,
Will despairingly weep o’er America’s doom …

It was just a poem, mere words, sounded with a muted note of elegy. But there was no such thing as “mere words” in the blistering heat of this Charleston summer, with war about to erupt. Words, in 1860, were weapons. And these particular words struck a blow at an equation that secessionists like Miles had labored to forge between their cause and the broader American cause of freedom. This verse presented a quite different idea—the notion, heretical to the secessionist, that the sacred principle of liberty was bound up with Union, with the bonds linking together all of the states, and all of the people of the nation, from Maine to Texas.

So it went for Charleston in this year, beset with a complicated, even excruciating welter of emotions on the question of secession. As determined as so many in Charleston were to defend their way of life, based on slavery, under sharp challenge from the North, still there was room for nostalgic feeling for the Union and for the ideals set forth in the Declaration.

Independence Day in Charleston had begun as customary, with a blast of cannon fire from the Citadel Green at three o’clock in the morning. Roused from their slumber, Charlestonians made ready for a day of parades by militia units in colorful uniform. In the 102-degree heat, the men of the German Artillery, sweltering in their brass-mounted helmets, could only be pitied.

Surely, the town’s secessionists thought, it would be a fine occasion to trumpet their ripening movement. They would celebrate Independence indeed—the coming liberation of the South from the clutches of the nefarious Union. As odd, even bizarre, as this might seem today, Charleston’s secessionists sincerely felt they were acting in a hallowed American tradition. They saw themselves as rebels against tyranny, just like their forefathers who had defeated the British to win America’s freedom some 80 years before. In this instance, the oppressor was the Yankee Abolitionist in league with the devious Washington politician, together plotting to snatch from the South the constitutional right of an American, any American, to hold property in slaves.