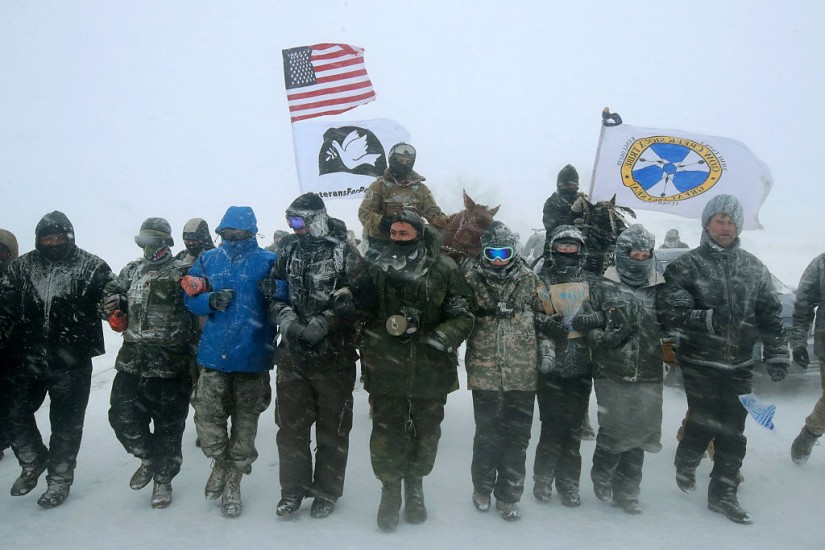 Rumored among activists but unknown to the public and much of the press, law enforcement had another tool up its sleeve that has only recently been revealed: an international private security company that infiltrated protest camps, monitored activists and waged an anti-protest messaging campaign via social media.

An ongoing multi-part investigation by The Intercept has brought to light the work of TigerSwan, the security firm held on retainer by Energy Transfer Partners, the owners of the pipeline. Documents obtained by The Intercept reveal that TigerSwan operatives monitored the movements of activists—online and physically with drones and a small detail assigned to follow movement leaders. Additionally, they provided local and federal law enforcement agencies with daily “intelligence updates” on the protests — all while likening protesters to “jihadist” fighters and describing protest camps as a “battlefield.”

Such coordination between big business and law enforcement should raise alarms regarding the state of our democracy. But it should also highlight the ongoing fight for sovereignty over Native lands and the continued use of law enforcement as a colonial tool in Indian Country.

The technology TigerSwan used at Standing Rock may be state of the art, but the use of policing to suppress indigenous protest and violate indigenous rights is as old as the United States itself. Indeed, law enforcement officers have long served as the shock troops of colonization and, throughout history, were deployed to suppress indigenous sovereignty and open up indigenous lands to settlement and extraction.