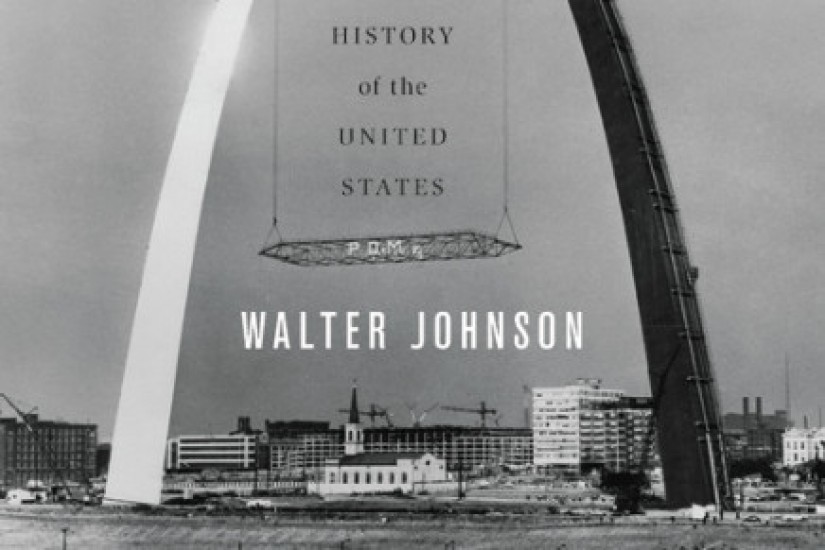 The cover of Walter Johnson's book The Broken Heart of America.
Basic Books

... and Birmingham with cotton to be spun into cloth by the new British working class. As Walter Johnson, one of our leading historians of slavery, wrote in 2018, “There was no such thing as capitalism without slavery: the history of Manchester never happened without the history of Mississippi.”

... and Birmingham with cotton to be spun into cloth by the new British working class. As Walter Johnson, one of our leading historians of slavery, wrote in 2018, “There was no such thing as capitalism without slavery: the history of Manchester never happened without the history of Mississippi.”

The new history of slavery seeks to obliterate the economic and moral distinction between slavery and capitalism, and between the South and the North, by showing them to have been all part of a single system. Inevitably, this view has generated intense arguments, not only about how integral the slave plantation was to the national and global economies but also about whether we should regard the end of slavery as an important breakpoint in American history or merely a rearranging of an oppressive system into an altered but still essentially oppressive form. Critics of the new history of slavery chastise it for downplaying developments like Britain’s abolition of slavery in its colonies and the American Civil War, and for overstating slavery’s importance to the growth of the early American economy, even if the plantation was a particularly ruthless business enterprise.

The arguments about slavery imply larger arguments about America. At least among respectable academic historians, the days of triumphant historical accounts of the greatness of the United States are long past. But for some the national enterprise can still be seen as a slow and often interrupted progression toward a more just and democratic society; for others, it amounts to a set of variations on racial hierarchy and economic exploitation. Once slavery is positioned as the foundational institution of American capitalism, the country’s subsequent history can be depicted as an extension of this basic dynamic. This is what Walter Johnson does in his new book, “The Broken Heart of America: St. Louis and the Violent History of the United States” (Basic). The study demonstrates both the power of the model and its limitations.

Johnson, who grew up in Missouri, tells us that he was moved to write the book by the events in Ferguson in the summer of 2014—the killing of Michael Brown, an unarmed black teen-ager, by a police officer named Darren Wilson, and the period of local unrest and national attention that followed. In Johnson’s account, Ferguson emerges as the distillation of a vexed history that goes back to the city’s beginnings. Johnson’s earlier work presented slavery as the furthest thing from a “peculiar institution” set apart from the American mainstream; here, he makes a similar case for the centrality of St. Louis. “St. Louis has been the crucible of American history,” he writes. “Much of American history has unfolded from the juncture of empire and anti-Blackness in the city of St. Louis.”

Johnson’s guiding concept is “racial capitalism”: racism as a technique for exploiting black people and for fomenting the hostility of working-class whites toward blacks, so as to enable white capitalists to extract value from everyone else. For his purposes, St. Louis is a case study in the pervasiveness and the longevity of racism outside the formal boundaries of slavery. As he wrote in an earlier essay, “The history of racial capitalism, it must be emphasized, is a history of wages as well as whips, of factories as well as plantations, of whiteness as well as blackness, of ‘freedom’ as well as slavery.”

A small French outpost situated just below the confluence of the Missouri and Mississippi Rivers, St. Louis became part of the United States in 1803, owing to the Louisiana Purchase. Thomas Jefferson soon put in motion the Lewis and Clark expedition, which set off from St. Louis, in 1804. In ...