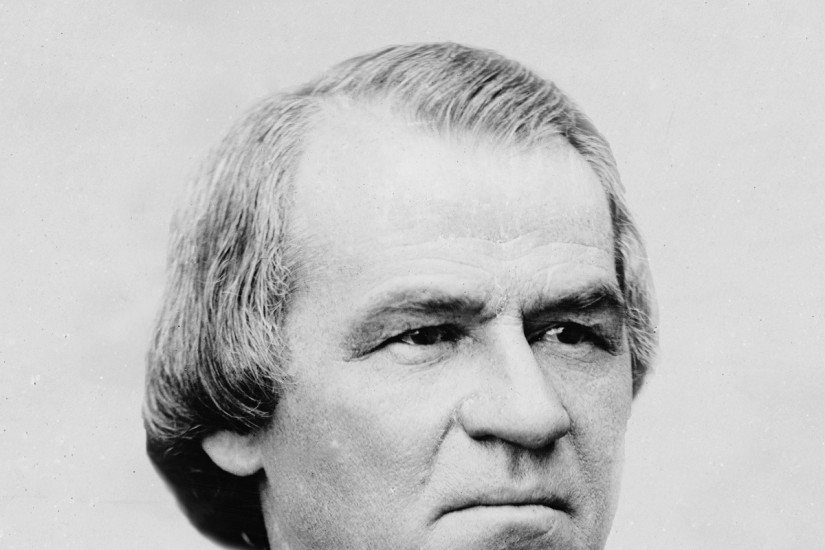 The President of the United States has so singular a combination of defects for the office of a constitutional magistrate, that he could have obtained the opportunity to misrule the nation only by a visitation of Providence. Insincere as well as stubborn, cunning as well as unreasonable, vain as well as ill-tempered, greedy of popularity as well as arbitrary in disposition, veering in his mind as well as fixed in his will, he unites in his character the seemingly opposite qualities of demagogue and autocrat, and converts the Presidential chair into a stump or a throne, according as the impulse seizes him to cajole or to command. Doubtless much of the evil developed in him is due to his misfortune in having been lifted by events to a position which he lacked the elevation and breadth of intelligence adequately to fill. He was cursed with the possession of a power and authority which no man of narrow mind, bitter prejudices, and inordinate self-estimation can exercise without depraving himself as well as injuring the nation. Egotistic to the point of mental disease, he resented the direct and manly opposition of statesmen to his opinions and moods as a personal affront, and descended to the last degree of littleness in a political leader, — that of betraying his party, in order to gratify his spite. He of course became the prey of intriguers and sycophants, — of persons who understand the art of managing minds which are at once arbitrary and weak, by allowing them to retain unity of will amid the most palpable inconsistencies of opinion, so that inconstancy to principle shall not weaken force of purpose, nor the emphasis be at all abated with which they may bless to-day what yesterday they cursed. Thus the abhorrer of traitors has now become their tool. Thus the denouncer of Copperheads has now sunk into dependence on their support. Thus the imposer of conditions of reconstruction has now become the fore- most friend of the unconditioned return of the Rebel States. Thus the furious Union Republican, whose harangues against his political opponents almost scared his political friends by their violence, has now become the shameless betrayer of the people who trusted him. And in all these changes of base he has appeared supremely conscious, in his own mind, of playing an independent, a consistent, and especially a conscientious part.