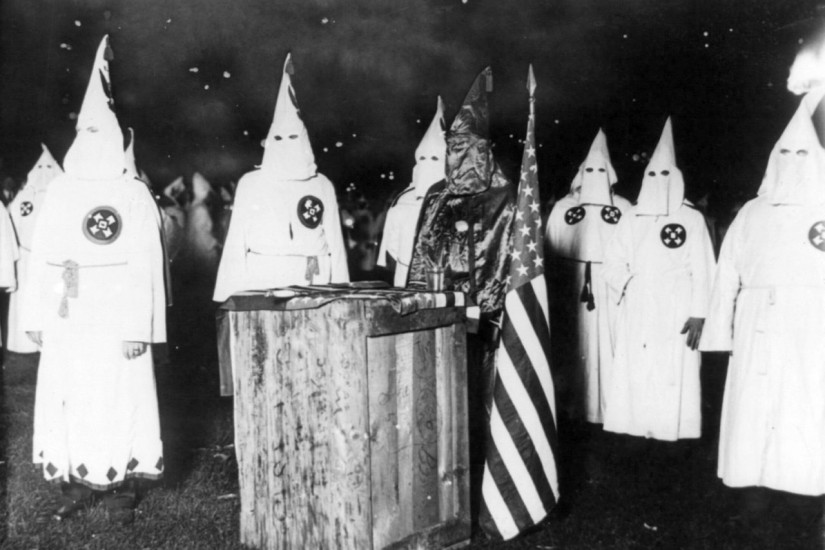 These artifacts continue to tell the story of white Protestant nationalism, which promotes supremacist visions of the nation through exclusion and redefinition. The Klan’s use of objects to communicate exclusive faith, white supremacy, and “100% Americanism” continue to resonate with current pairings of religion and nation: bumper stickers that quote Ronald Reagan and firmly place America as “one nation under God”; Christian fine art productions like Tapestry Productions Heroes series of soldiers; portraying firefighters and a former president (George W. Bush) as being led by the divine; and a superabundance of t-shirts, bumper stickers, websites, and cartoons that seek to demean, marginalize, and exclude Muslims from American life. Artifacts tell our national and religious history. And they challenge the familiar, dominant (and oftentimes comforting) narratives of American pluralism and progress.

The Klan’s America became real through the use of objects as do other competing visions of nationhood. The order’s envisioned (and notably religious) nation became visible and tangible in hooded faces, robed bodies, and burning crosses, all draped in the American flag. Familiar symbols of patriotism and faith become unfamiliar in the Klan’s material culture. (Or do they?) The order dressed members in religious virtue, 100% Americanism, and intolerance. Their darker version of nationhood persists still today. White nationalism is here to stay. The robe—the Klan’s most identifiable object—still communicates a remarkable yearning to return to America’s fabled white Protestant origins. Their vision inspires hope precisely for those who yearn for a white Zion in America. For the rest of us, this vision is terrifying.

While white Americans might find the Klan’s robes and burning crosses less compelling than they once did, it is perhaps not too surprising that many white Americans found no problem with “Make America Great Again” hats or the white nationalist rhetoric of now President Trump. White supremacy isn’t going anywhere, even if the “stuff” of the Klan shifts and changes. White people might not join the Klan in record numbers anymore, but they still join racist groups. They still purchase white nationalist hats and t-shirts, and they voted for a presidential candidate endorsed by the Klan. The Klan might be out of fashion, but white supremacy persists in subtler-but-no-less-sinister ways. The robes, fiery crosses, and American flag bear witness to that truth. They remain artifacts of white supremacy, a collection of racism that grows still.