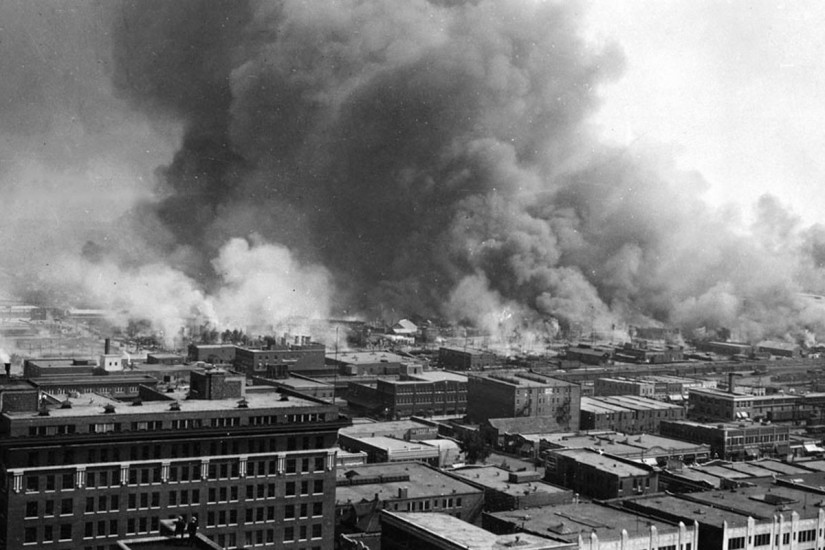 The Black Wall Street section of Tulsa, OK in flames during the 1921 race riot.
Wikimedia Commons

In 1921, Tulsa, Oklahoma’s Greenwood District, known as Black Wall Street, was one of the most prosperous African-American communities in the United States. But on May 31 of that year, the Tulsa Tribune reported that a black man, Dick Rowland, attempted to rape a white woman, Sarah Page. Whites in the area refused to wait for the investigative process to play out, sparking two days of unprecedented racial violence. Thirty-five city blocks went up in flames, 300 people died, and 800 were injured. Defense of white female virtue was the expressed motivation for the collective racial violence.

Accounts vary on what happened between Page and Rowland in the elevator of the Drexel Building. Yet as a result of the Tulsa Tribune’s racially inflammatory report, black and white armed mobs arrived at the courthouse. Scuffles broke out, and shots were fired. Since the blacks were outnumbered, they headed back to Greenwood. But the enraged whites were not far behind, looting and burning businesses and homes along the way.