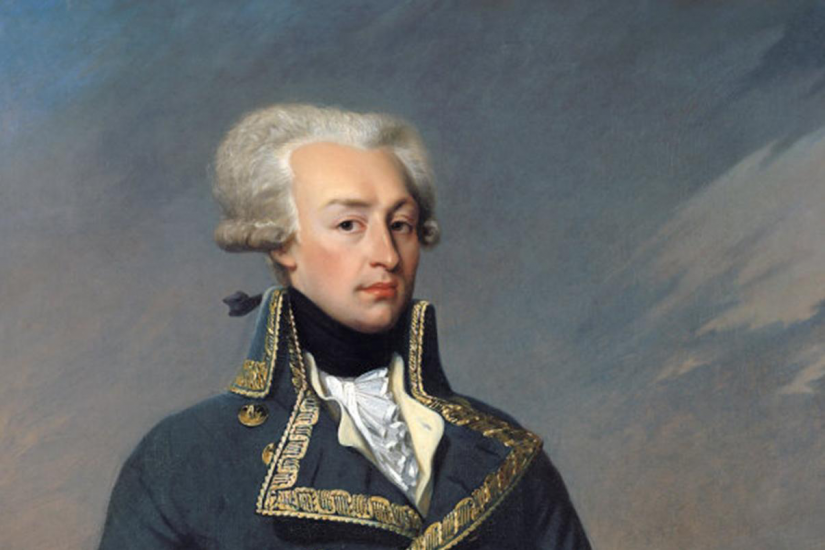 As the 20th century wore on, Lafayette’s name spread into nearly every corner of American culture. Lafayette cars were manufactured in Indiana in the 1920s and 1930s. In 1970, a basset hound named Lafayette appeared in the animated Disney film The Aristocats. And, on a 2015 visit to George Washington’s Mount Vernon, I bought French fries at the Lafayette Grill.

Thousands of French soldiers and sailors fought and died in the American Revolution, so why is Lafayette the first French name on every American tongue? His high rank and great wealth certainly had something to do with it: Lafayette was living, breathing evidence that the old European order had faith in a young country on the other side of the Atlantic. More important, though, might have been his earnest enthusiasm for the American cause and his unflagging determination to contribute to its success.

It all started on June 13, 1777, when the 19-year-old Lafayette reached North Island, South Carolina with some 20 officers and servants on a ship he had optimistically christened the Victoire—Victory. Lafayette had never seen a day of battlefield action and knew no English before he set sail, but he came filled with a burning desire to help 13 American colonies wrest their freedom from Great Britain, France’s age-old enemy.

Explaining his actions in a shipboard letter to the wife he had left in Paris, Lafayette described himself as a “defender of this freedom which I venerate” and insisted that “the happiness of America is closely tied to that of humanity.” More practical motivations had also influenced his thinking. Hailing from a line of men who fought and died for their country, Lafayette had dreamed of martial glory since childhood. But the French army quashed his hopes in 1776 when a wave of reforms removed from active duty hundreds of young officers who, like Lafayette, had risen through the ranks thanks to money and connections. Fighting under George Washington in the Continental Army represented a second chance.