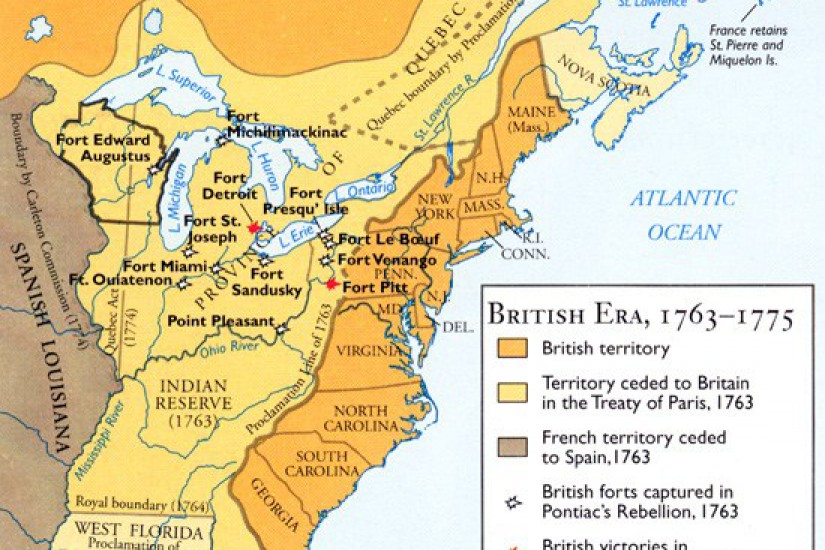 The French and Indian War
HowStuffWorks/Pinterest

This Fourth of July, I noticed that some Americans are taking an interest in challenging the popular narratives surrounding the American Revolution. Over at Jacobin, William Hogeland has a go at the revolution, while Jeff Stein defends it at Vox. I find both views too strong for my taste–as I see it, the revolution has three core faces to it. We tend to only focus on one of these aspects at any given moment, but to truly understand the revolution as a historical event we need all three.

How do we identify the three faces? Each one produces a different answer to the question “what was the American Revolution about?”:

All three of these answers are partially right, and if we put them together we get the full picture. Let’s take each in turn.

"No taxation without representation."

Libertarians prefer to focus on the “no taxation” bit. High school kids hear this part of the story in class all the time–the British Empire spent about £161 million (roughly £29 billion in today’s money) on what Americans call “The French and Indian War”. Of course, that name always understated the scale of the conflict. The British called it “The Seven Years’ War” and it was arguably the world’s first global conflict–Britain and Prussia faced off against France, Austria, Russia, Spain, Sweden, and the Mughal Empire in Europe, the Americas, and India. For the 18th century, £161 million was a lot of money, and the British ended up borrowing about £58 million and doubling the size of their national debt. Much of the land they gained in the war in the Americas was sparsely populated and not yet especially economically productive at the time.