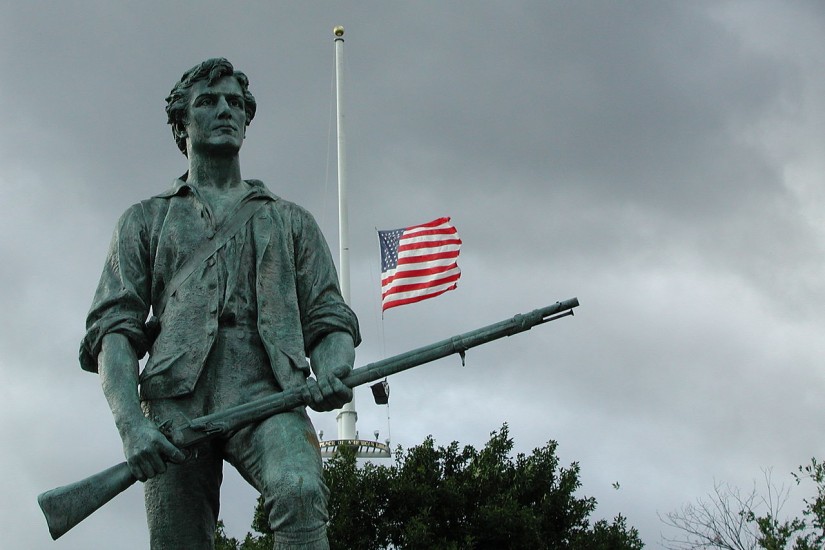 IN MARCH 2016, at a dismaying moment in the election campaign (there were a few), the Republican Speaker of the House of Representatives, Paul Ryan, urged a gathering of congressional interns to recall the “beautiful” experiment that created America. This, Mr Ryan told the youngsters, is the only nation founded not on an identity but on an idea, namely: “that the condition of your birth does not determine the outcome of your life.” Conceding that modern politics might seem consumed with “insults” and “ugliness”, the Speaker insisted that this was not the American way. The Founders determined that their noble idea could be upheld only with reasoned debate, not force. Mr Ryan cited the first of the Federalist Papers, and Alexander Hamilton’s counsel that in politics it is “absurd” to make converts “by fire and sword”.

He was drawing on a rich rhetorical tradition. Browse through school history books, with names like “Liberty or Death!”, and the struggle to throw off British rule is sanctified as a victory of American patriot-farmers and artisans against battle-hardened British redcoats and foreign mercenaries, defending ideals crafted by orators in periwigs. Yet go back to contemporary sources, and they called it what it also was: a brutal civil war.

That is the unsparing history told in a fine new book, “Scars of Independence: America’s Violent Birth” by Holger Hoock of the University of Pittsburgh. Intrigued by monuments to Loyalist exiles and martyrs in English churches, Mr Hoock dug into long-forgotten archives and eyewitness accounts. He concluded that selective amnesia took hold soon after the war, as victors told their version of history, and the British displayed their genius for forgetting defeats. In the republic’s earliest decades, stone monuments charging the British with “cold-blooded cruelty” rose on battle sites from Lexington, Massachusetts to Paoli, Pennsylvania. Meanwhile orators told Americans that their revolt had been unusually civilised: one public meeting in 1813 declared the revolution “untarnished with a single blood-speck of inhumanity”.

…
View on The Economist
View Connections