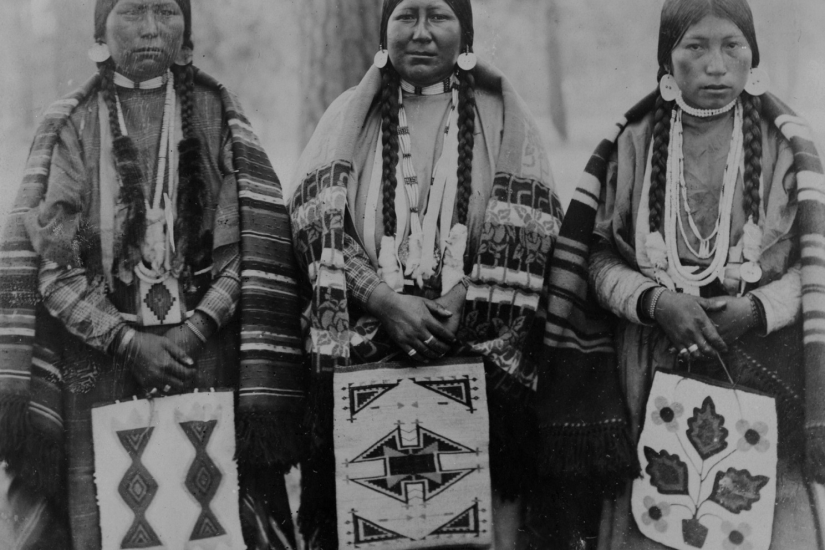 A group of women at the Warm Springs Indian Reservation in Wasco County, Oregon circa 1902.
Library of Congress

Native-Land.ca is not an organization (yet) and is run by Victor G Temprano, whose company, Mapster, funds the website. This is not an academic or professional survey of Indigenous territories, and the maps are constantly being refined from user input. These are meant more for the sake of helping people get interested and engaged.

I’m Victor. I am a settler, born in traditional Katzie territory and raised in the Okanagan. I am concerned about many of the issues raised by using maps and colonial ways of thinking when it comes to maps. For instance, who has the right to define where a particular territory ends, and another begins? Who should I speak to about such matters, anyway?

Native-Land.ca started in early 2015, during a time of a lot of resource development projects in British Columbia. While mapping out pipeline projects and learning more about them for the sake of public awareness, I started to ask myself whose territories all these projects were happening on. Once I started finding the geographic data and mapping… well, it just kind of expanded from there.

The map has gotten a reasonable amount of attention over the years, and it typically spikes in popularity around Thanksgiving, “Columbus Day”, and National Aboriginal Day. I hope it has encouraged some complicated and necessary discussions across the world!

A few thoughts on this project:
There are over 630 different First Nations in Canada (and many more globally) and I am not sure of the right process to map territories, languages, and treaties respectfully – and I’m not even sure if it is possible to do respectfully. Who counts as “Indigenous”? This is an open question and I invite feedback in this regard.

I feel that Western maps of Indigenous nations are very often inherently colonial, in that they delegate power according to imposed borders that don’t really exist in many nations throughout history. They were rarely created in good faith, and are often used in wrong ways. I am open to criticism about this project and I welcome suggestions and changes.