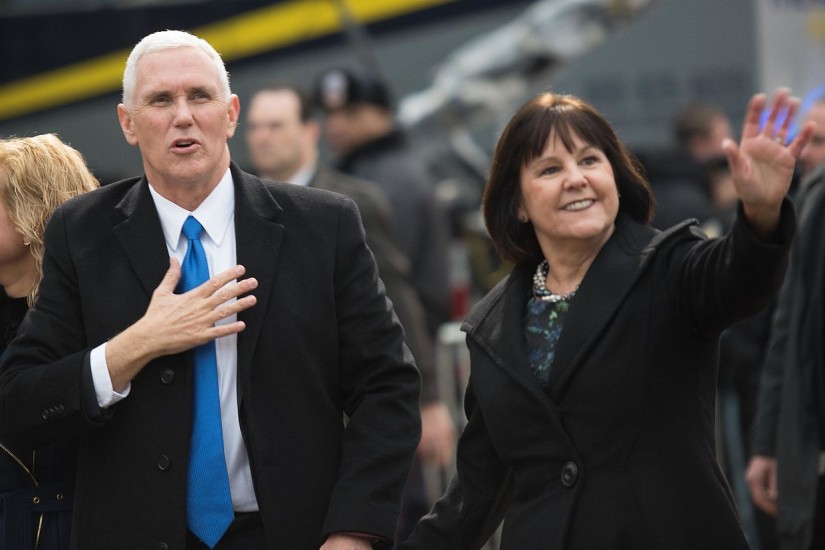 A social conservative and evangelical Christian, Pence sets (or has set) rules on how her husband should behave while working in Washington. In 2002, then-Congressman Mike Pence told The Hill that he won’t eat alone with another woman or attend an event where alcohol is being served unless his wife is present. Ashley Parker’s profile in the Post also stresses the overwhelming influence that Karen Pence has in terms of policies, especially opposition to gay marriage and Indiana’s religious freedom law, which many see as a precursor to Trump’s recent “Religious Liberty” executive order.3

All of this is eerily similar to another woman who kept quiet about her considerable power over American life: President Andrew Jackson’s wife, Rachel.

Like Karen Pence, Rachel Jackson was a social conservative, evangelical Christian, and former divorcee. Perhaps because of her failed first marriage, Jackson, like Pence, invested a lot of emotional energy into her second marriage.4 The Jacksons cultivated a deeply committed and mutually dependent marriage that lasted until Rachel Jackson’s death in December 1828. Their partnership had a lasting effect on gender roles and ideology in nineteenth-century America.

Much like Karen Pence, Rachel Jackson set rules on her husband’s behavior. She urged him to refrain from drinking alcohol and attending any of Washington D.C.’s famous social soirées, where elite women had long been prominent and influential.5 Jackson also encouraged her husband to embrace some of her many political goals. In 1821, for instance, she convinced Andrew Jackson, who was then serving as Florida’s first governor, to pass laws prohibiting business and public activity on Sunday in the former Spanish colony. Similar ordinances also restricted the sale of alcohol.6

Rachel Jackson could influence her husband because she embraced her era’s most conservative ideas about how women should act, also known as “separate spheres” ideology. “Separate spheres” doctrine maintained that politics was the domain of men. Virtuous women who cared about their reputations were supposed to stay out of it, along with business and the law. (Poor women who had to work for wages need not apply.) Women’s spheres were those of the “domestic,” mainly family and faith. To be feminine was to be silent in public and without political opinion. Believing that men were active and women were passive, most overlooked the political power wielded by many politicians’ wives.