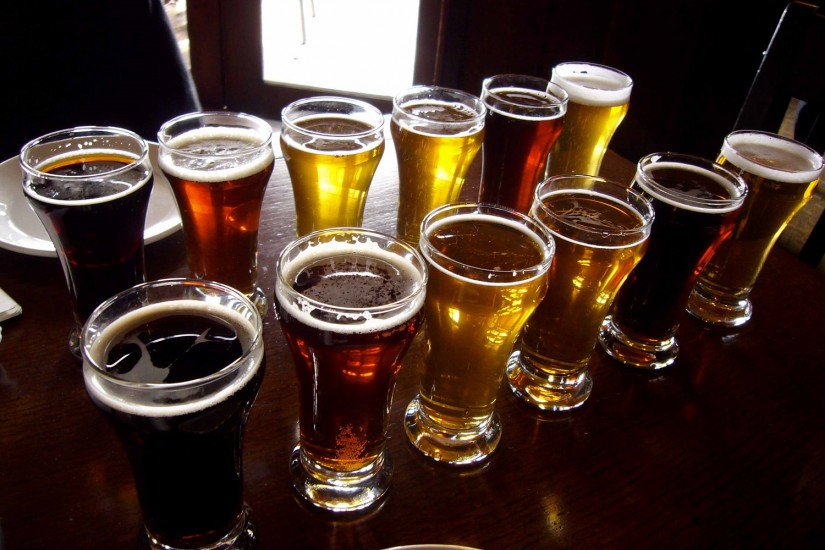 The craft beer revolution has been international, but the United States has been at the forefront. This may seem ironic to the countless cosmopolitan beer drinkers, including many Americans, who for decades derided American beer as bland, watery, and homogenous. How did America become the heart of the craft beer movement? Why wouldn’t a country with a richer beer-producing history like Germany, Belgium, or England have assumed that mantle?

America’s lack of a distinct, indigenous brewing tradition was actually conducive to the rise of craft brewing, as defined by the Brewers Association as “small, independent, and traditional,” to which we might add eclectic. German brewers are renowned for the freshness and quality of their product, but their longstanding adherence to the 1516 Reinheitsgebot purity law, forbidding any ingredients besides barley, hops, and water, inhibited innovation and stylistic diversity. Belgian and English beers and ales were more diverse but also bound by customs and tastes that stabilized over the course of centuries. By contrast, American immigrants brought various brewing traditions with them, and American tastes were more malleable. Around the 1850s, English ales (notably the “Albany ales” that resembled today’s stronger India pale ales, or IPA’s) were eclipsed by German lagers, which were themselves eclipsed by 1900 by “American adjunct pilsners,” which supplemented the barley with corn or rice to produce a smoother, paler, blander beer. Yet an estimated 3–15% (according to historian Amy Mittleman) of the American beer-drinking public preferred something else. In the late nineteenth century American breweries were indeed making a variety of alternatives, including ales, porters, stouts, wheat beers, and steam beers. Three to 15% of such a large consumer market as the United States would seem enough to sustain a sizable fringe market of non-pilsner beers and ales, but due to a variety of factors – notably the temperance movement, prohibition and post-prohibition regulations – that niche was underserved for most of the twentieth century. The long-delayed filling of that niche is the story of the craft beer revolution.