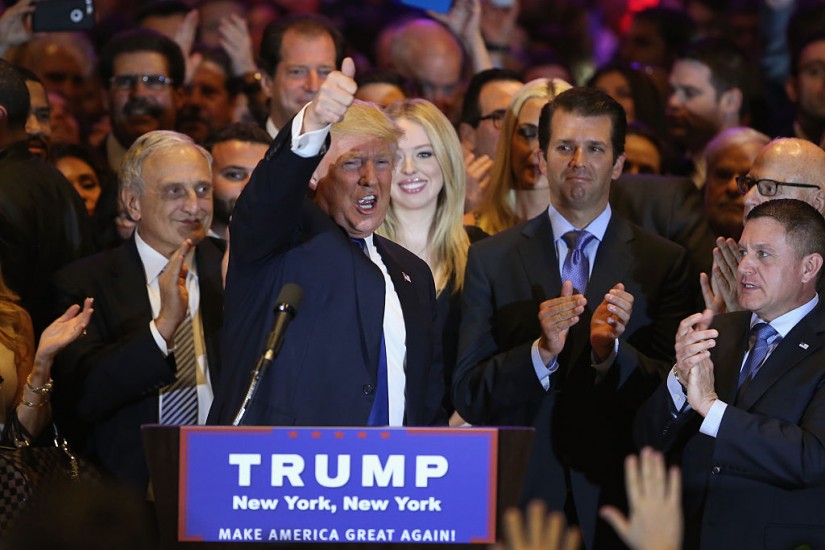 Here’s one line of thought I found momentarily comforting this morning: America has seen bad times before; unstable times. We’ve had incompetent presidents, racist presidents, corrupt and underqualified presidents. We’ve been through wars, depressions, and McCarthyism. The election of Donald Trump makes me want to lean back into the thought that we, as a nation, survived those moments of trial, so we can find it within ourselves to withstand the presidency of Donald Trump with our values intact. This morning, George Takei tweeted: "This country has seen wars and grave injustices, slavery and even civil war in its past. Yet we found our way through. We will now, too."

I want to lie down in this beautiful sentiment, as if it were a warm bath, and rest a while. To judge by the distance this tweet has traveled, I am not alone.

But like a lot of historians, I am cursed with a suspicion of comparisons. This has been an election season full of them. As historian Linford Fisher wrote in Vox in April, the relentless focus on the Trump–Hitler comparative was of limited use. Such analogies, Fisher argued, “do a sort of epistemic violence to the past and to ourselves,” leading to misinterpretations of the meanings of both historical and contemporary events. In the Baffler, historian of conservatism Rick Perlstein reported with fond frustration on the many responses from readers who insisted on casting him as a seer who had “predicted the rise of Trump.” “I have written no Rosetta stones, no skeleton keys, no guidebooks, no templates,” Perlstein insisted.

As before the election, so after. Now is its own time, and the age of Trump is its own thing; we can’t compare it to old trials of faith