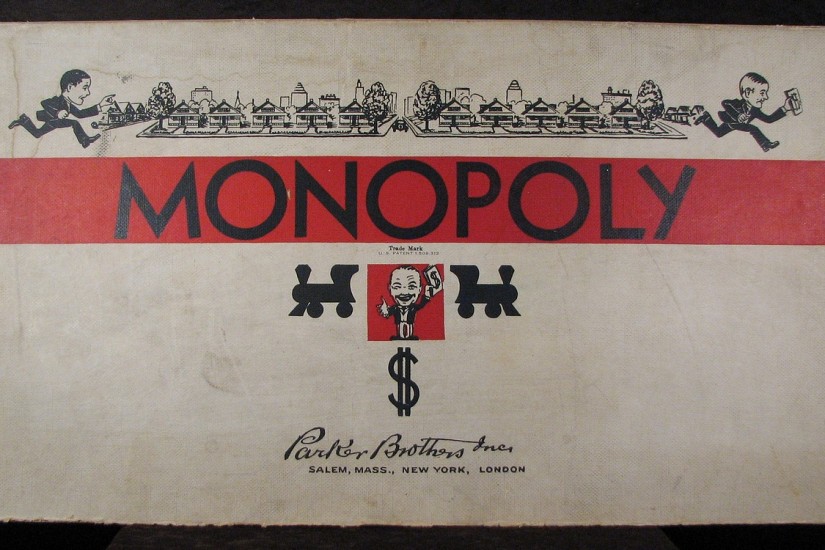 For decades, the story of Monopoly’s invention was a warm, inspiring, Horatio Alger narrative. A version of it, tucked into countless game boxes, told the tale of an unemployed man, Charles Darrow, who went to his Great Depression-era basement desperate for money to support his family. Tinkering around, he created a board game to remind them of better times, and finding modest success selling it near his home in Philadelphia, Darrow eventually sold it to the American toy and game manufacturer Parker Brothers. The game, Monopoly, became a smash hit, saving both Darrow and Parker Brothers from the brink of destruction.

The creation story is laced with persistence, creative brilliance, and an almost patriotic presentation of work ethic.

The problem is—it isn’t exactly true. What’s more, Monopoly’s origin story teaches us that innovation can be a complicated affair and that the “lightbulb” moment of how things get made is, in fact, sometimes a myth. (The scale of Thomas Edison’s own contributions to the invention so associated with his name, fittingly, is now debated.) In the case of Monopoly, the journey of American invention was less a linear path and more a messy room shared by several people. The game was, in fact, created in 1903—long before Darrow’s mythical basement revelation—by Elizabeth Magie, the daughter of an abolitionist who was herself a staunch anti-capitalist crusader. Magie created “Landlord’s Game,” the forerunner to Monopoly, not as a celebration of wealth but as a protest against the evil monopolies of the time.

Three decades before Parker Brothers and Darrow took credit for it, her game was embraced by a constellation of notable left-wing Americans of the time, as well as on various college campuses in the Northeast. ACLU chairman Ernest Angell played it, and so did Scott Nearing, a radical professor at Wharton, champion of academic freedom, and a father of the “green” movement. It flourished in Arden, Delaware, a tiny, utopian village founded by followers of popular political economist Henry George’s “single tax” theory, a belief system Magie was passionate about. Among the residents of Arden who embraced the game was Upton Sinclair, author of The Jungle, who corresponded with, and possibly met, Magie.