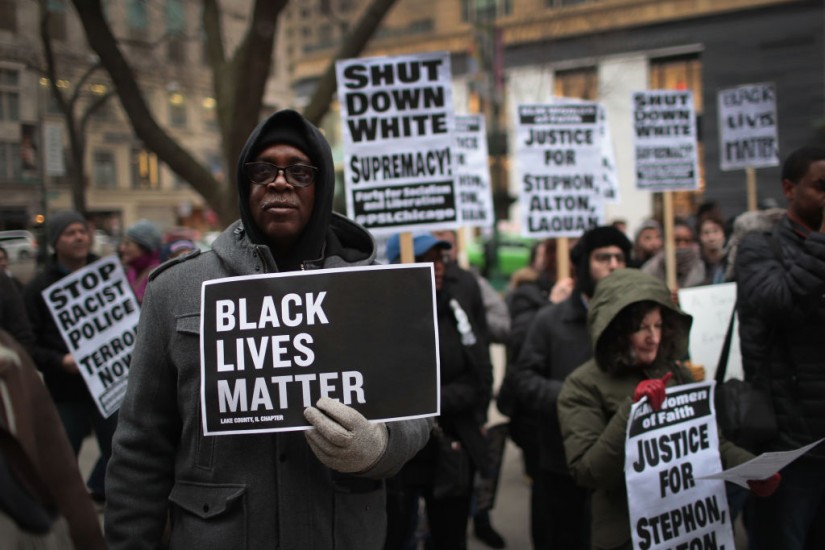 In recognition of the 50th anniversary of the death of Dr. Martin Luther King Jr., and in solidarity with the family and supporters of Stephon Clark and others killed by police, demonstrators protest and march in the Magnificent Mile shopping district on April 2, 2018 in Chicago, Illinois.
Scott Olson/Getty Images

The recent string of acquittals in the police shootings of Samuel DuBose, Sylville Smith, and Philando Castile have brought to the surface, yet again, the systemic problem of police violence in the United States. The constant cycle of Black death at the hands of the police—and the near impossibility of securing a conviction for officers charged with these unlawful killings—underscores the urgent need for concrete solutions to alleviate a problem that has long plagued American society.

Given that the past half-century of police reforms have yielded such miserable results, it is time to reimagine the problem as one not of police but of extralegal killings of black Americans. In other words, as the problem of lynching.

As historian Isabel Wilkerson and several other scholars have pointed out, these killings represent the continuation of lynching culture in the United States. Today, black Americans die at the hands of police at a rate that is almost equivalent to the number of documented lynchings during the early 20th century.

And there was a solution for lynching — one mapped out more than a hundred years ago by Ida B. Wells. During the late 19th century, Wells (later Wells-Barnett), a civil rights activist and co-founder of the National Association for the Advancement of Colored People (NAACP), called for the immediate implementation of federal policies that would protect Black lives from lynching — one of the most critical domestic challenges of her time. Her recommendations provide one significant blueprint for eliminating police violence in the United States.