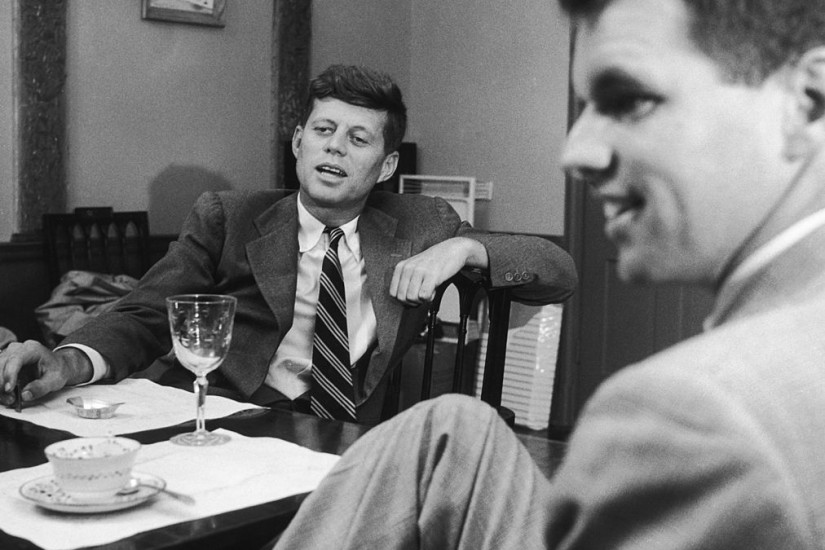 US Senator John F. Kennedy at his home in Georgetown, Massachusetts, with his brother Robert, 1955.
Three Lions/Hulton Archive/Getty Images

In a day in early December, one of Moscow’s agents in the United States, working undercover as a journalist for Izvestia, reported a private meeting with the president-elect’s “closest adviser.” The adviser, who met privately with the Russian spy, was frank and hopeful about a significant improvement in relations from the previous administration. He “stressed that was not merely expressing his personal opinion but the position of the future president.” The two men met alone, and there was no American record made of the encounter.

This is not a report about Lt. Gen. Michael Flynn, whose activities during the transition are now being investigated. Nor it is about Jared Kushner, who, the Washington Post reported on Friday, approached Russian Ambassador Sergey Kislyak last December to propose a secret communications channel. The meeting described above took place in 1960, and the “close adviser” was the incoming president’s brother, Robert F. Kennedy. It is not unusual for the Russians to want to establish contacts with an incoming presidential administration, especially when there is tension between the two countries. It is also not unusual for an American administration to use back channels to probe the intentions of adversarial powers. But December 1960 was not December 2016. The RFK meeting likely came at the request of the Russians, not the Americans. It was not held in secret—it was noted on RFK’s telephone log. And Robert Kennedy, despite general encouraging words, made no promises, suggested no follow-up, and was in no way working against the outgoing Eisenhower administration. The Russians were smart in focusing attention on the president-elect’s brother. He would eventually be involved in historic back channel activity, but well after the inauguration. And all these years later, such communications have been revealed as a canny and patriotic initiative by the Kennedy administration.