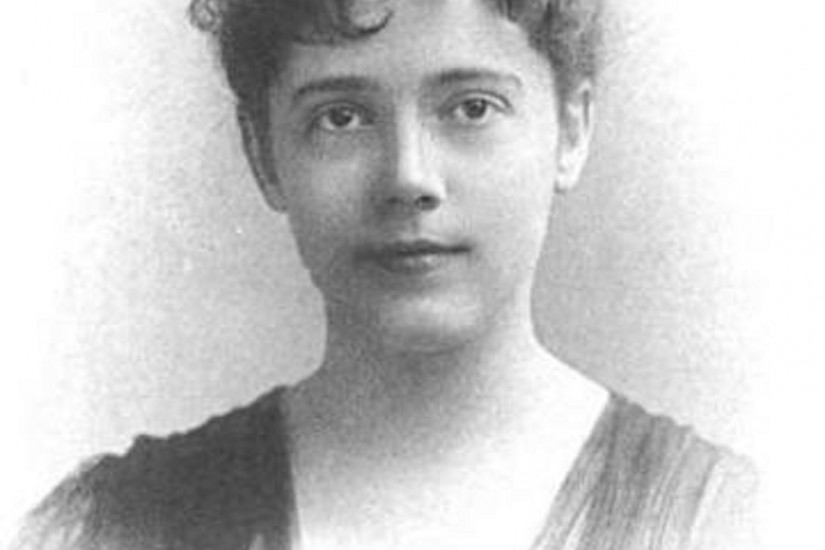 Journalist and novelist Elizabeth Bisland from "A Flying Trip ARound the World," 1891.
Wikimedia Commons

Elizabeth Bisland would write seven articles about her race around the world for The Cosmopolitan, which in 1890 were collected and published by Harper & Brothers as a book entitled In Seven Stages: A Flying Trip Around the World. Her account began:


If, on the thirteenth of November, 1889, some amateur prophet had foretold that I should spend Christmas Day of that year on the Indian Ocean, I hope I should not by any open and insulting incredulity have added new burdens to the trials of a hard-working soothsayer – I hope I should, with the gentleness due a severe case of aberrated predictiveness, have merely called his attention to that passage in the Koran in which it is written, “The Lord loveth a cheerful liar” – and bid him go in peace. Yet I did spend the 25th day of December steaming through the waters that wash the shores of the Indian Empire, and did do other things equally preposterous, of which I would not have believed myself capable if forewarned of them. I can only claim in excuse that these vagaries were unpremeditated, for the prophets neglected their opportunity and I received no augury.

Bisland was a published poet, and throughout the trip she wrote of her experiences in a highly lyrical, impressionistic style, paying special attention to the ever-changing scapes of land and sea. “In the night a hoar frost had fallen,” she wrote one morning, “that was to snow as sleep is to death; and the pale reaped fields, the sere meadows, and silent uplands were transfigured by the first gleam of day.” She delighted in sitting on the top deck of a steamship and watching the ocean for hours on end. “Sapphires would be pale and cold beside this sea,” she wrote on her trip across the Pacific – “palpitating with wave shadows deep as violets, yet not purple, and with no touch of any color to mar its perfect hue. It flames with unspeakable, many-faceted splendor, under a sky that is wan by contrast with its profundity of tint, and the very foam that curles away from our wake is blue as the blue shadows in snow.”

Prior to the around-the-world trip Bisland had never been out of the country before, and during it she discovered a love of travel that would stay with her the rest of her life.