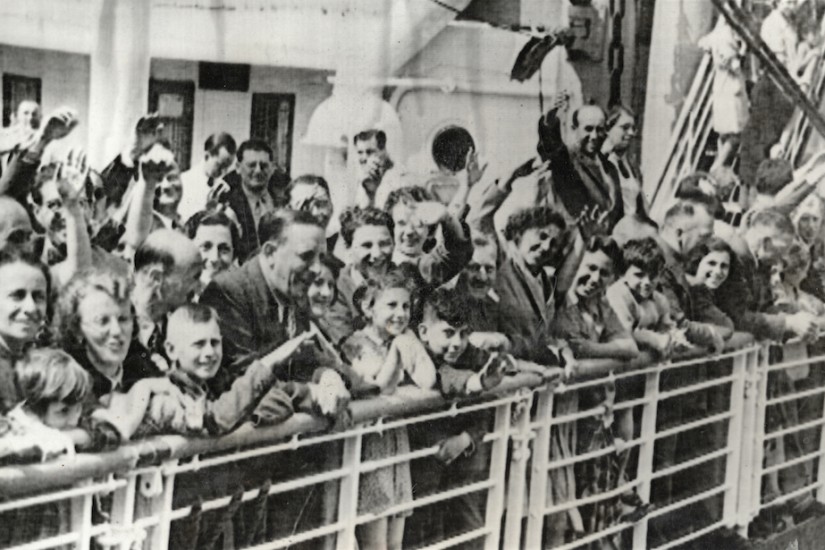 Refugees aboard the MS St. Louis as they arrive in Belgium, 1939.
American Jewish Joint Distribution Committee

The revised travel ban President Donald Trump issued Monday may have been watered down in places, but its core remains as hostile as ever to Muslim immigrants and refugees. Many of us think of America as a welcoming nation and of Trump’s attacks on outsiders as an aberration. Sen. Charles Schumer called the ban “mean-spirted and un-American.” The New York Times declared that the executive order will erode our country’s “proud tradition of welcoming people fleeing strife.”

But for all the times we’ve taken in the huddling masses, we’ve more often shut the door on them—from the 1882 Chinese Exclusion Act and the longstanding, discriminatory 1924 Immigration Act to the turning away of the St. Louis refugee ship.

Our rejection of refugees is an inextricable part of the American story, and Trump’s ban hews to that narrative more than we’d prefer to recall. Even during the Obama years, we let in only a tiny trickle of the more than 65 million refugees in the world now—admissions in 2016 were capped at 110,000. (Trump’s order slashes that number by more than half, down to 50,000.)

One such black spot on our history mirrors the present moment particularly closely. In the late 1930s, the United States had a chance to save 20,000 Jewish children fleeing Nazi persecution, by means of a program that would have mirrored the British Kindertransport. The rhetoric used by opponents of that program—which most likely doomed the vast majority of those young refugees to brutal fates in concentration camps—is eerily similar to language we’re hearing today.