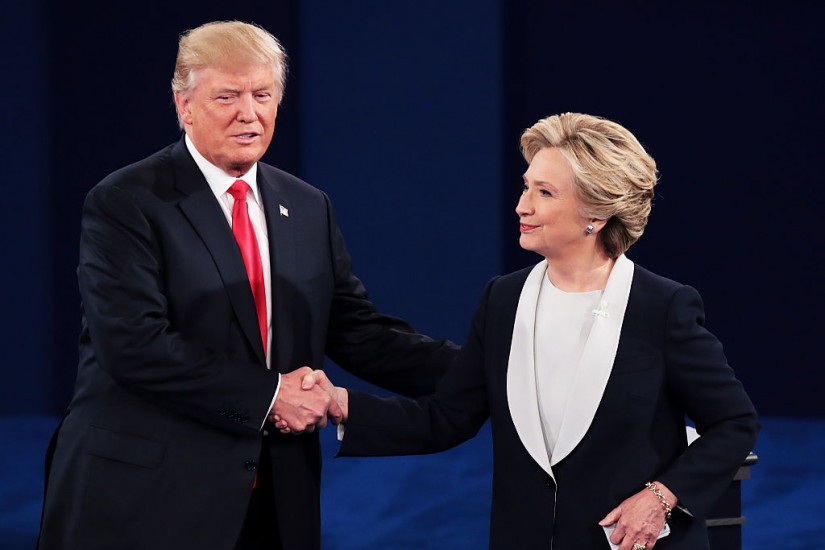 For a very long time, the parties had no idea what to do with women. At the nation’s founding, women made an argument for female citizenship based on their role as mothers: in a republic, the civic duty of women is to raise sons who will be virtuous citizens. Federalists doffed their top hats, and no more. In the eighteen-twenties and thirties, Jacksonian democracy involved a lot of brawls: women were not allowed. When the social reformer Fanny Wright spoke at a political meeting in 1836, she was called a “female man.” Instead, women entered public affairs by way of an evangelical religious revival that emphasized their moral superiority, becoming temperance reformers and abolitionists: they wrote petitions. “The right of petitioning is the only political right that women have,” Angelina Grimké pointed out in 1837.

The Whig Party was the first to make use of women in public, if ridiculously: in 1840, Tennessee women marched wearing sashes that read “Whig Husbands or None.” Because neither the Whig nor the Democratic Party was able to address the question of slavery, a crop of new parties sprang up. Fuelled by antislavery arguments, and adopting the style of moral suasion favored by female reformers, these parties tended to be welcoming to women, and even to arguments for women’s rights.

The Republican Party was born in 1854, in Ripon, Wisconsin, when fifty-four citizens founded a party to oppose the Kansas-Nebraska Act, which threatened to create two new slave states. Three of those citizens were women. Women wrote Republican campaign literature, and made speeches on behalf of the Party. Its first Presidential nominee, in 1856, was John Frémont, but more than one Republican observed that his wife, Jessie Benton Frémont, “would have been the better candidate.” One of the Party’s most popular and best-paid speakers was Anna Dickinson, who became the first woman to speak in the Hall of the House of Representatives.