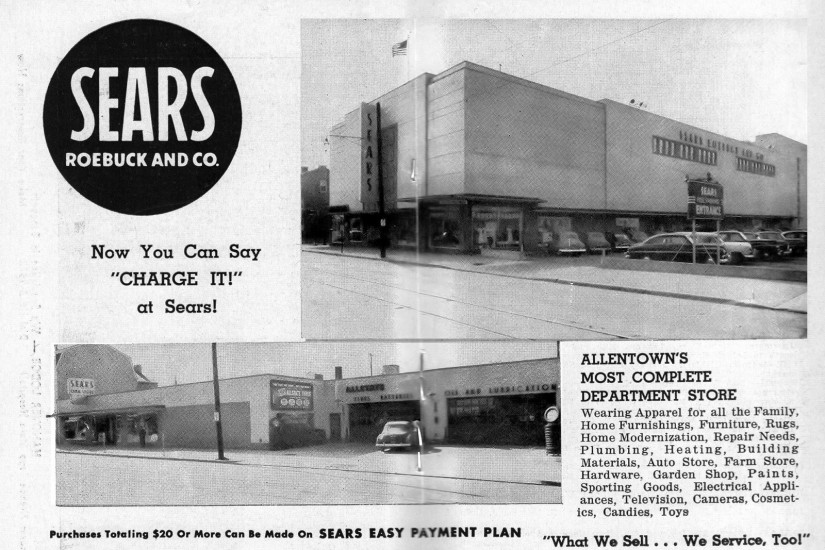 An advertisement for the opening of a new Sears in 1948.
Wikimedia Commons

The lifetime of Sears has spanned and embodied the rise of modern American consumer culture. The 130-year-old mass merchandiser that was once the largest retailer in the United States is part of the fabric of American society.

From its start as a 19th-century mail-order firm, to its heyday on Main Street and in suburban malls, and from its late 20th-century reorientation toward credit and financial products to its attempted return to its original retail identity, Sears has mirrored the ups and downs of the American economy. It was a distribution arm of industrial America. It drove the suburbanizing wedge of postwar shopping malls. It helped atomize the industrial economy through manufacturer outsourcing in the 1970s and 1980s. It played a key role in the diffusion of mass consumer culture and commercial values. For better and for worse, Sears is a symbol of American capitalism.

By the early 20th century, Sears was already a household name across the United States, one that represented rural thrift and industry as well as material abundance and consumer pleasures. The company was founded as a modest mail-order retailer of watches in the 1880s by Richard W. Sears and Alvah C. Roebuck. Julius Rosenwald, a Chicago clothing merchant who became a partner in the firm in 1895, directed its rapid growth, expanding into new products and ever-broader territory. Mail-order firms like Sears were able to penetrate underserved rural areas by leaning on new infrastructure, such as the railroads that linked far-flung regions of the country.  Government regulation also aided the company's growth, with the Rural Free Delivery Act of 1896 underwriting its distribution chain by expanding mail routes in rural areas.

In an era when print media reigned supreme, Sears dominated the rural retail market through its huge catalog, an amazing work of product advertising, consumer education, and corporate branding. Titled the Book of Bargains and later, The Great Price Maker, the famous Sears catalog expanded in the 1890s from featuring watches and jewelry to including everything from buggies and bicycles to sporting goods and sewing machines. It educated millions of shoppers about mail-order procedures, such as shipping, cash payment, substitutions and returns. It used simple and informal language and a warm, welcoming tone. “We solicit honest criticism more than orders,” the 1908 catalog stated, emphasizing customer satisfaction above all else. Sears taught Americans how to shop.