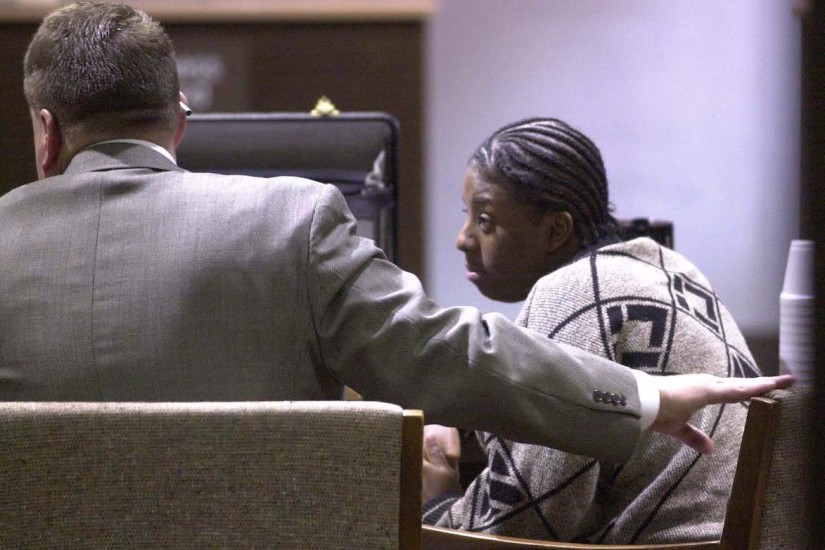 Tracy Ward sits with her attorney in an Amarillo, Texas courtroom, after pleading guilty to delivering crack to her unborn son. (2004)
Henry Bargas, Amarillo Globe-News/AP Photo
…
In the space of a few paragraphs, the story introduces a mother and child and the drug dependency with which they both struggle, and also expands its scope outwards to note the nature of the epidemic in which they are snared. It doesn’t ignore the personal choices involved in drug abuse, but—as is typical for reporting on other health problems—it considers those choices among a constellation of etiologies. In a word, the article is humanizing, and as any public health official will attest, humanization and the empathy it allows are critical in combating any epidemic.
The article is an exemplar in a field of public-health-oriented writing about the opioid crisis—the most deadly and pervasive drug epidemic in American history—that has shaped popular and policy attitudes about the crisis. But the wisdom of that field has not been applied equally in recent history. The story of Jamie Clay and Jay’la Cy’anne stood out to me because it is so incongruous with the stories of “crack babies” and their mothers that I’d grown up reading and watching.

The term itself still stings. “Crack baby” brings to mind hopeless, damaged children with birth defects and intellectual disabilities who would inevitably grow into criminals. It connotes inner-city blackness, and also brings to mind careless, unthinking black mothers who’d knowingly exposed their children to the ravages of cocaine. Although the science that gave the world the term was based on a weak proto-study of only 23 children and has been thoroughly debunked since, the panic about “crack babies” stuck. The term made brutes out of people of color who were living through wave after wave of what were then the deadliest drug epidemics in history.

Even the pages of the Times weren’t immune from that panic.
…
View on The Atlantic
View Connections