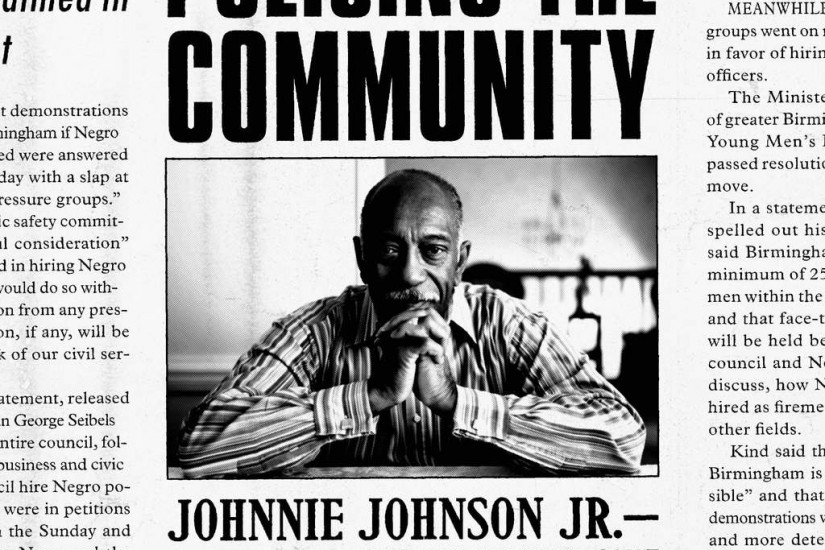 In the early days of community policing, Johnson remembers questioning people who said its goal was to bring the public and the police department “back together.”

"You can't bring them back together because they never were together,” Johnson contends. “The black community and policemen have always been separate. You're not trying to rebirth; you're trying to birth.” But without the effort required to bring forth new understandings between communities of color and their police forces, “What happened in Ferguson could very well happen anywhere in this country,” Johnson says. “That's why everybody needs to wake up. That's why the president (Barack Obama) said this is a national problem, not just a local problem in Ferguson. There have got to be some changes systematically all over this country.”

Now, more than ever, when horrific violence and mass shootings seem almost commonplace, Johnson believes trust between law enforcement and citizens must be fostered through community policing.

“How easy is it to hurt someone if you assume you know their story, if you think they are less than?” Johnson asks. “It’s similar to what’s going on with the Muslims. If you don’t see them as real folks, if you reduce them all to terrorists, that gives you license to mistreat.”

Today, Johnson believes, elected officials and civic leaders across the country must embrace community policing as an integral philosophy. They must change policies and procedures to forge a new relationship between the police and the policed. Without that, Johnson says, black communities could find themselves right back where they were 50 years ago.