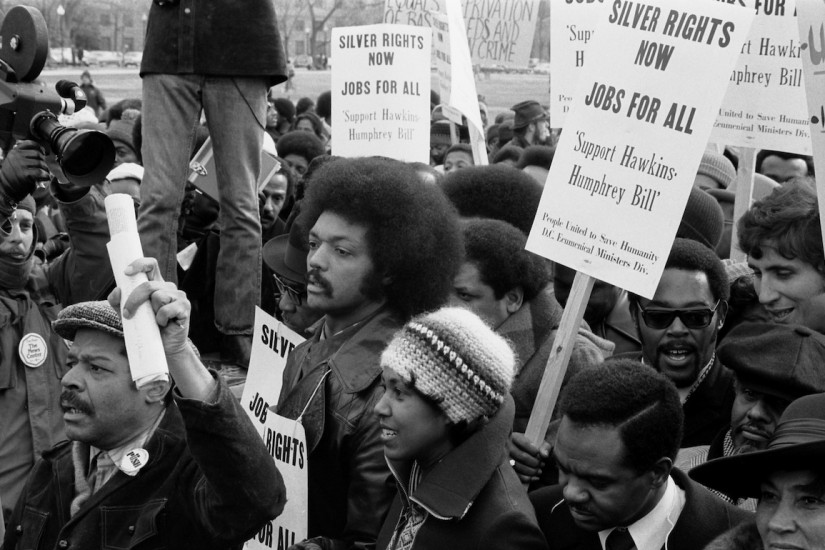 Jesse Jackson surrounded by marchers carrying signs in support of the Hawkins-Humphrey Bill for full employment, Jan. 15 1975.
Library of Congress
…

None of this is a conspiracy. It’s just the way human societies work, as natural as water running downhill.

However, with enormous amounts of effort, political movements can break social silence and force what truly matters onto the agenda of the whole country.

Doing that with the Federal Reserve was one of the key accomplishments of the civil rights movement. Yet since the 1970s what happened has slowly slipped from popular political memory, letting social silence once again envelope the Fed. What “The Full Employment Mandate of the Federal Reserve” does is excavate this buried history and explain its tremendous continuing relevance.

If all you know about the modern civil rights movement comes from TV or one class in high school, it seems like it started with Brown vs. the Board of Education in 1954 and was mostly about desegregating schools, lunch counters, and water fountains.

In fact, its roots were in the Great Depression of the 1930s and then World War II in the 1940s. And the war powerfully demonstrated something that had only been theoretical before: that democracies can set government policies that create full employment.