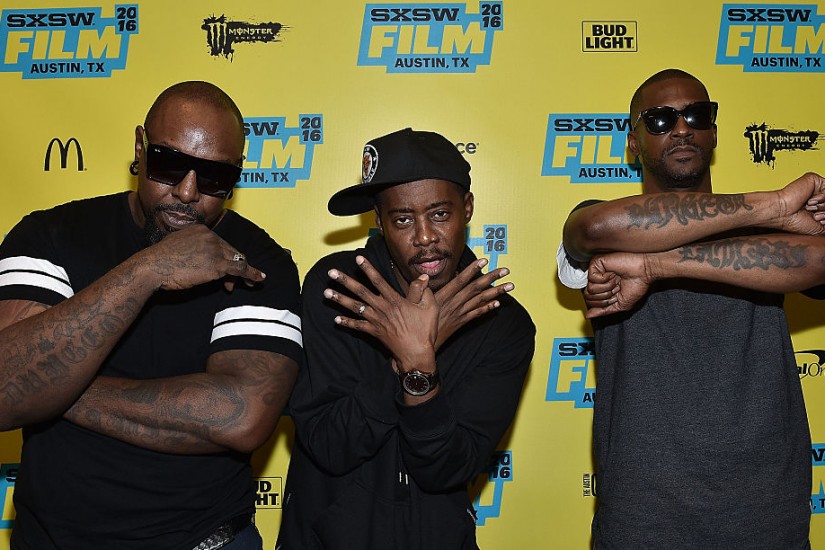 Organized Noize takes this claim and turns it on its head, in a good way. They organized a new “noise” (pun intended), a soundtrack for Southern hip-hop, a different prescription for healing the souls of black folk in a post-Civil Rights Movement, hip hop-inspired world.

Out of sheer necessity and creative ingenuity, the early developments of hip-hop sound is built on the principle of taking existing music from earlier eras and genres to build innovative new soundscapes – often creating a message completely different from what the original musicians intended. But rather than merely sampling — or should I say cloning the sound patterns of existing music — Organized Noize aimed at reinventing the spirit of black music, the feeling one gets when listening to a song.

Pull Goodie Mob’s “Soul Food” album, for example. To set it off with the song “Free,” which flows into “Thought Process,” the guys did not merely sample the music of gospel great Mahalia Jackson’s “Trouble of the World.” Instead, they reimagined the core spirit and message of the old Negro spiritual and re-presented it to a generation of kids (myself included) who, in 1995, were living through economic and educational (re)gentrification, while others were capitalizing on it and prepping for the 1996 Summer Olympic Games. This is the spirit that went into Cool Breeze’s description of the Dirty South.

I've come to think of Outkast’s “Southernplaya,” which came out in ’94, as an invitation to experience a psychological migration back home to the deep Dirty South – both musically and lyrically. And then Goodie Mob’s “Soul Food,” released a year later, is the spiritual nourishment that is necessary once you get back home. Even the huge pop hits produced by Organized Noize — TLC’s "Waterfalls" and En Vogue’s "Don't Let Go" — are designed to vibrate to a higher self. Their music was ahead of its time. They created instant classics that immediately changed the sound of rap music and ushered in a new hip hop vibe.