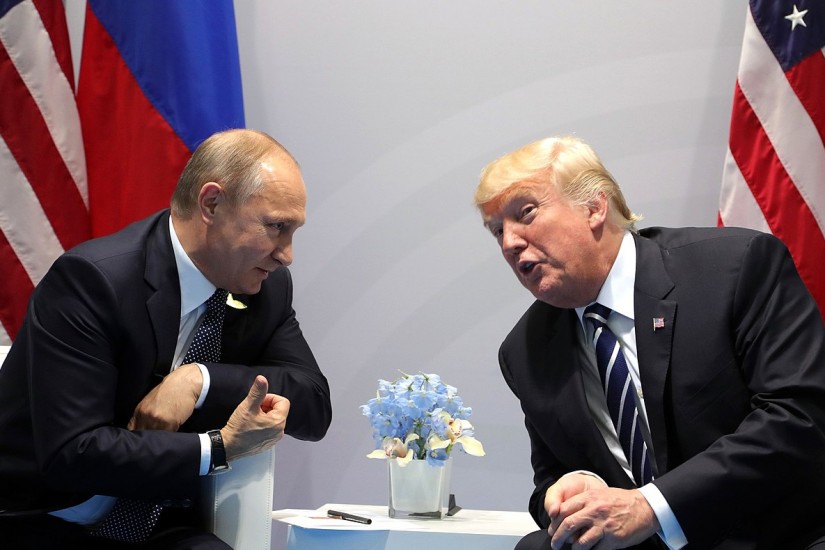 Last week, Congress limited the president’s ability to roll back sanctions against Russia. The bill was a pre-emptive strike against President Trump, who has expressed a desire for warmer relations with the country. On Sunday, Russian President Vladimir Putin responded by kicking out 755 American diplomats.

Although Russian interference in the 2016 election is the immediate cause of this battle over sanctions, the tug of war between Congress and Trump over sanctions policy is part of a century-long fight over who gets to decide how to treat the private property of citizens of hostile countries, one that has raged ever since Congress gave the president authority to unilaterally conduct economic warfare.

What began as a wartime necessity has become a permanent arsenal of economic weapons, affording the individual in the White House tremendous power to make policies that affect the daily lives of people around the world.

The legislative origin of our modern sanctioning state began six months after America entered World War I, when President Woodrow Wilson signed the Trading with the Enemy Act on Oct. 6, 1917. The act had two main goals: to hinder the enemy by preventing residents of Germany and Austria-Hungary from accessing their U.S. assets, and to bolster the Allied cause by investing those funds in U.S. Liberty bonds and by allowing U.S. companies access to the patents of Germany’s world-leading chemical industry.

The act was designed as a temporary wartime measure, but during the world conflict several amendments were added that allowed the administration to permanently confiscate German patents for the benefit of American businesses such as Dow Chemical and DuPont.

When the war ended, the Wilson administration broke earlier promises to return enemy property. Instead, it dipped into enemy funds to pay American claims against Germany.

Meanwhile, the act remained on the books.