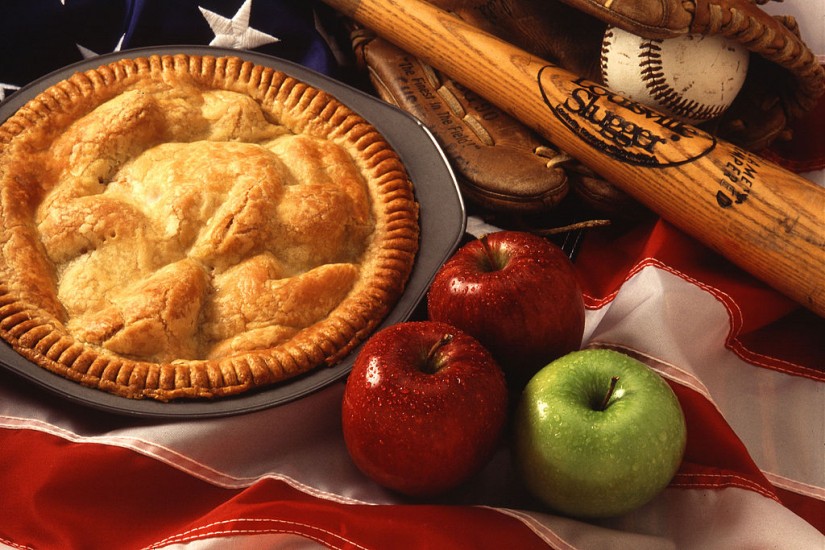 I remain persuaded that there’s no such thing as American food for a few reasons that have to do with eliminating items, British influences, and the problem of omission. First off, I’d argue that there’s no such thing as American food because it’s easier to say what it isn’t than to try to define what it is. Hamburgers? Roots in Germany. As American as apple pie? Check out those British influences. Peanut butter and jelly? Let’s talk about South American origins of the peanut and its transplantation to Africa before coming back to rest in the British North American colonies.[2] The act of defining an American cuisine becomes problematically reducible to quibbling over what gets included and what gets left out.

Such confusion becomes especially noticeable during the time of the Early Republic, where we encounter our second problem of Americans’ British inheritance. There are two contrasting schools of thought for this period. One side argues that in the post-Revolutionary period “tasty and nutritious dishes were created, many reflecting the unique character and national origins of their creators. In essence, American cuisine was as republican as the society from which it came.”[3] Food historian Harvey Levenstein disagrees, writing that although “The United States may have won its political independence from Great Britain in 1783 . . . during the hundred-odd years that followed, Americans never liberated themselves from the British culinary heritage.”[4] Mark McWilliams’s treatment is the most helpful in clarifying Levenstein’s point. He suggests that “Rather than change eating habits shaped through years of adapting local ingredients to British tastes, Americans sought to redescribe them, to claim an American identity for foodways that would remain fundamentally British well into the nineteenth century.”[5]