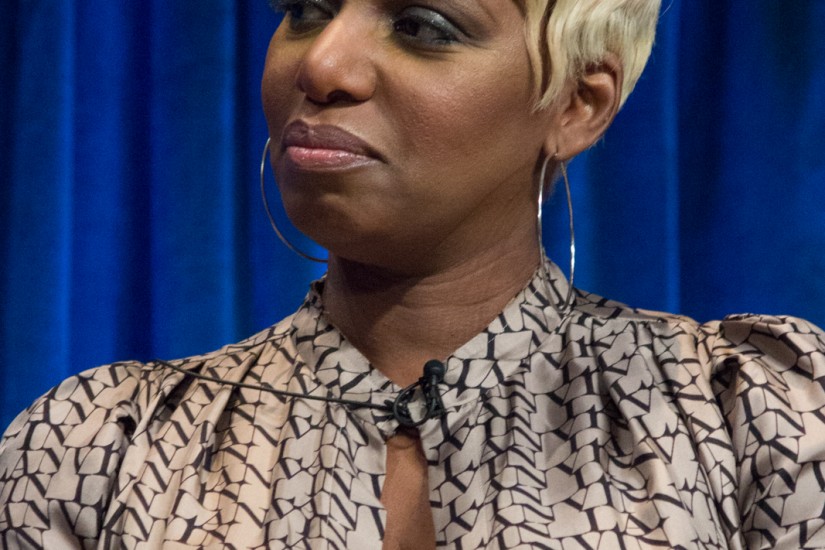 Adore or despise them, GIFs are integral to the social experience of the Internet. Thanks to a range of buttons, apps, and keyboards, saying “it me” without words is easier than ever. But even a casual observer of GIFing would notice that, as with much of online culture, black people appear at the center of it all. Or images of black people, at least. The Real Housewives of Atlanta, Oprah, Whitney Houston, Mariah Carey, NBA players, Tiffany Pollard, Kid Fury, and many, many other known and anonymous black likenesses dominate day-to-day feeds, even outside online black communities. Similar to the idea that “Black Vine is simply Vine,” as Jeff Ihaza determined in The Awl, black reaction GIFs have become so widespread that they’ve practically become synonymous with just reaction GIFs.

If you’ve never heard of the term before, “digital blackface” is used to describe various types of minstrel performance that become available in cyberspace. Blackface minstrelsy is a theatrical tradition dating back to the early 19th century, in which performers “blacken” themselves up with costume and behaviors to act as black caricatures. The performances put society’s most racist sensibilities on display and in turn fed them back to audiences to intensify these feelings and disperse them across culture. Many of our most beloved entertainment genres owe at least part of themselves to the minstrel stage, including vaudeville, film, and cartoons. While often associated with Jim Crow–era racism, the tenets of minstrel performance remain alive today in television, movies, music and, in its most advanced iteration, on the Internet.

Unlike other physical executions of blackface (such as by Robert Downey Jr. in Tropic Thunder, Sarah Silverman on her own show, Rachel Dolezal, or the authors of AB to Jay-Z) that require physical alternations and usually a change in demeanor (like Iggy Azalea’s “blaccent”), digital blackface is in some ways a more seamless transformation. Digital blackface uses the relative anonymity of online identity to embody blackness. In the case of Mandi Harrington, a white woman who masqueraded as the fictional “LaQueeta Jones,” digital blackface became a means for her to defend musician Ani DiFranco’s decision to host a retreat at a slave plantation. Digital minstrels often operate under stolen profile pictures and butchered AAVE. Quite often it comes in the form of an excessive use of reaction GIFs with images of black people.