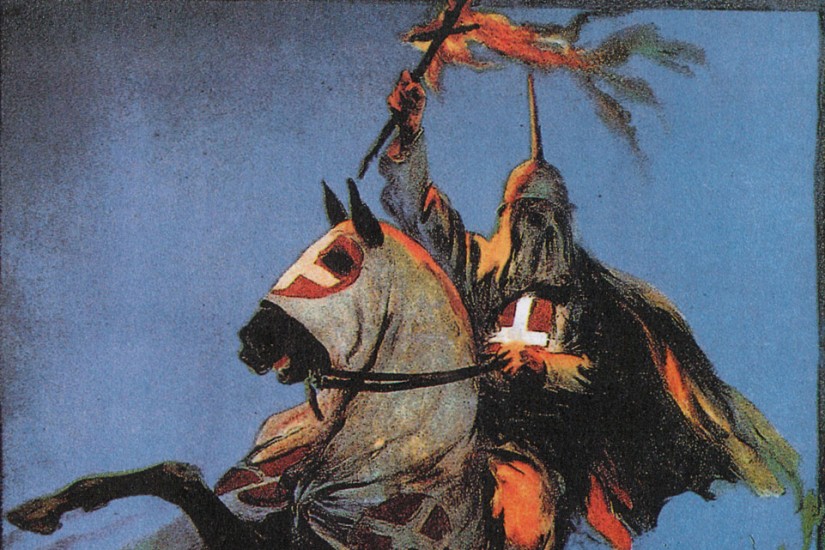 Theatrical release poster of D.W. Griffith's The Birth of a Nation.
Chronicle of the Cinema/Wikimedia Commons

HBO’s prospective series Confederate will offer an alternative history of post-Civil War America. It will ask the question, according to co-creator David Benioff,  “What would the world have looked like … if the South had won?” A swirl of virtual protests and op-eds have greeted this proposed premise. In response, HBO has expressed “great respect” for its critics but also said it hopes that they will “reserve judgment until there is something to see.”

This request sounds sensible at first pass. Should one not “reserve judgment” of a thing until after it has been seen? But HBO does not actually want the public to reserve judgment so much as it wants the public to make a positive judgment. A major entertainment company does not announce a big new show in hopes of garnering dispassionate nods of acknowledgement. HBO executives themselves judged Confederate before they’d seen it—they had to, as no television script actually exists. HBO hoped to communicate that approval to its audience through the announcement. And had that communication been successful, had Confederate been greeted with rapturous anticipation, it is hard to imagine the network asking its audience to tamp down and wait.

HBO’s motives aside, the plea to wait supposes that a problem of conception can be fixed in execution. We do not need to wait to observe that this supposition is, at best, dicey. For over a century, Hollywood has churned out well-executed, slickly produced epics which advanced the Lost Cause myth of the Civil War. These are true “alternative histories,” built on “alternative facts,” assembled to depict the Confederacy as a wonderland of virtuous damsels and gallant knights, instead of the sprawling kleptocratic police state it actually was. From last century’s The Birth of a Nation to this century’s Gods and Generals, Hollywood has likely done more than any other American institution to obstruct a truthful apprehension of the Civil War, and thus modern America’s very origins. So one need not wait to observe that any foray by HBO into the Civil War must be met with a spirit of pointed inquiry and a withholding of all benefit of the doubt.