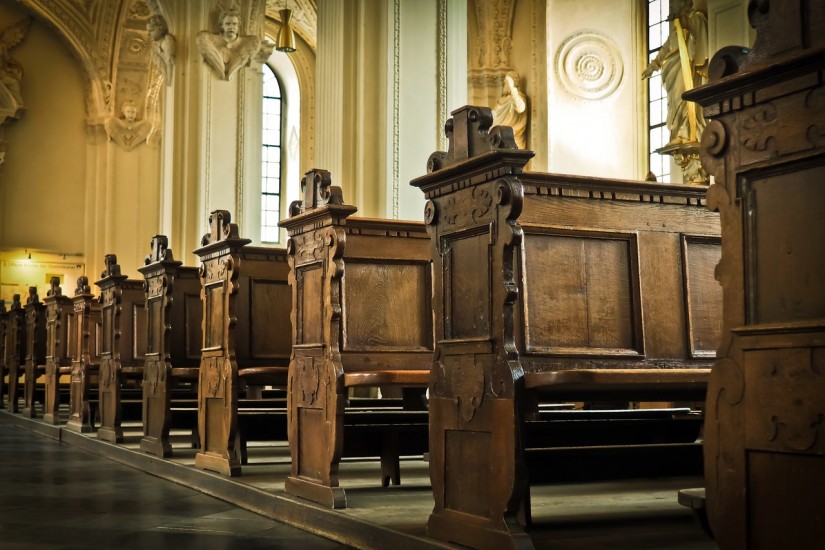 Can you pray a country into existence? This idea refueled warsick colonists as they made bloody progress through the American Revolution. Certainly, young William Palfrey thought so. On New Year’s Eve, 1775, Palfrey and his fellow patriots huddled in Christ Church, across from the Cambridge Common, where George Washington had taken command of the ragged Continental Army just a few months earlier. A Boston merchant who toured London, Washington’s 34-year-old aide-de-camp found himself pressed into a number of new roles: soldier, paymaster, and, now, priest. Like his general, Palfrey worried about the daily tasks of war. Soldiers’ pay was mounting, the militias needed cohesion, and monthly expenses tallied $275,000. Palfrey and his friends had endured British occupation since spring, then a hungry winter. They were drained. Where could Palfrey and other worshippers pray to Providence, safely, in their city under siege?

Many houses of worship were hollowed out by war. Boston’s Anglican clergy leaned loyalist, plunging into bankruptcy or pursuing Halifax exile. Acting at Martha Washington’s request, Palfrey opened Christ Church for a single night of worship. The church, like the community it held, was stamped by conflict. Colonists had fired wildly at it, protesting a British soldier’s funeral. Bullet holes blistered the foyer. Inside, few of the king’s gifts survived. The lead organ pipes that boomed out Handel’s hymns had been melted down for ammunition at the Battle of Bunker Hill. Rainbow-and-gilt vellum Books of Common Prayer, sent as part of King George II’s or George III’s startup kit with altar cloth to new colonial outposts, already looked battered and rare in 1776. Worse, those pages—well-rubbed from use and rippled with water stain—held what Palfrey and his friends now read as the wrong kind of words to use in asking God for aid.

So, he edited. “What think you of my turning parson?” Palfrey wrote to wife Susannah. “I made a form of prayer, instead of the prayer for the King, which was much approved.” He deleted the centuries-old intercessions for monarchy. Rather, he led the improvised congregation in a prayer for Congress, calling on God to “be with thy servant the Commander-in-chief of the American forces.”