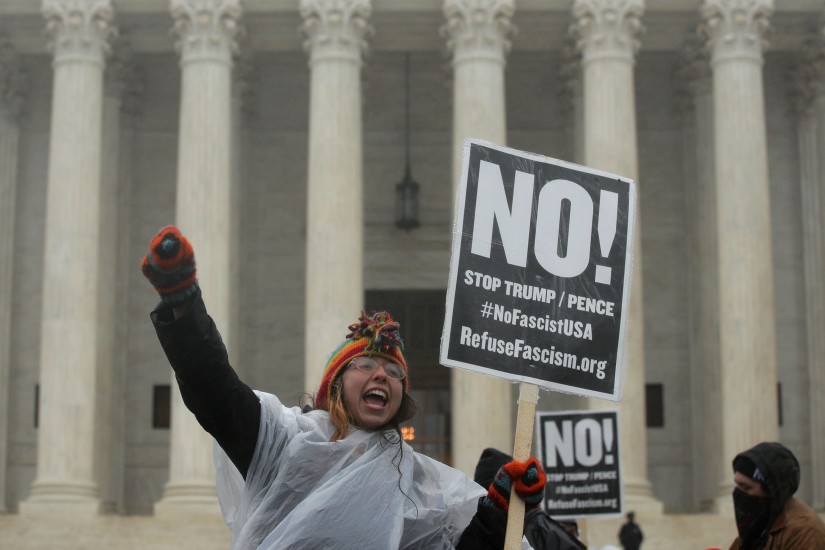 Just as the September 11, 2001 terrorist attacks provoked intellectuals to revisit the question of totalitarianism, so has Donald Trump’s campaign and election led to a new round of discussion on the nature of fascism.

Taken as a whole, the debate about Trumpism’s relation to fascism has accomplished little more than melodrama. Granted, a few scholars have offered useful insights into the deep political impulses that propelled both interwar demagogues and now Trump to power. In a particularly thoughtful appraisal on the History Workshop website, historian of Nazism Jane Caplan seizes on three commonalities between fascism and Trumpism that suggest the value of lumping the two together: both exploited vast crises of political economy; both blamed vulnerable social outsiders for the crises and propagandistically caricatured them as global hate-figures; and both relied on the support of the popular right, challenging the intra-right hegemony of economic élites. But the quality of the discussion mostly has been closer to the bathos on display in neoconservative intellectual Robert Kagan’s widely-discussed Washington Post column, “This is How Fascism Comes to America”—“not with jackboots and salutes,” but rather performed into being by “a television huckster.”

What is most striking about the question of Trumpism’s relation to fascism is how little of use there is to be gleaned from the answer, however one answers. The precise relation of Trump to Depression-era classic fascism is perhaps only directly “usable” history to alt-right neo-fascists. For the rest of the world, the question amounts to asking, how scared should we be? Furthermore, it seems at this point that the likeliest way to answer the question of whether Trump is or is not a fascist is not to keep asking more historians (let alone more Washington Post columnists) but rather to take up the practical question of how to mobilize a new resistance movement.

To take up this question, of how to mobilize against Trumpism, one does well to, yes, look back to the Depression era, but at its antifascism rather than at its fascism.