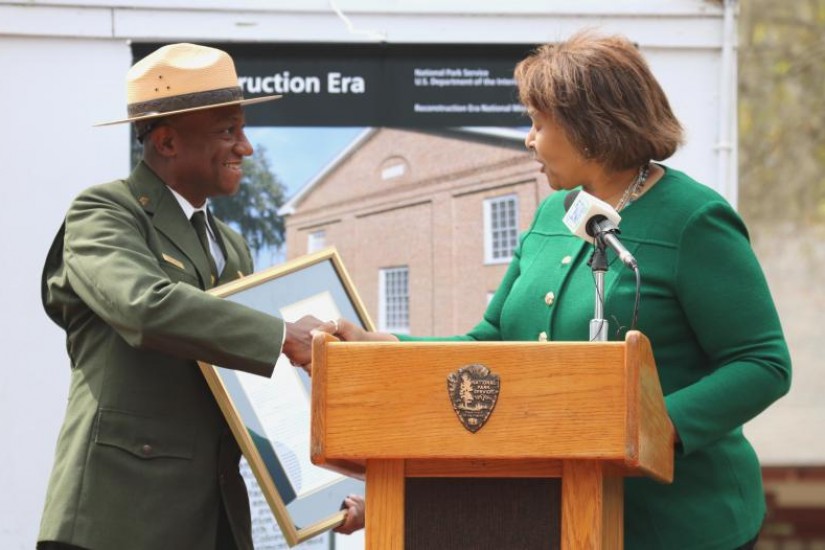 One of President Obama’s last act while in office was to designate a national monument to Reconstruction in Beaufort, South Carolina. The AHA supported this important expansion of the National Park Service system with a letter to the US Secretary of the Interior on November 16, 2016. AHA Today spoke to historians Greg Downs and Kate Masur, whose advocacy was crucial to this effort, about the significance of the designation, the backstory of the monument’s creation, and next steps.

What is the significance of the creation of the Reconstruction monument in Beaufort, South Carolina? Reconstruction is the most-misunderstood period in US history. It was a period of extraordinary social, political, and constitutional change, when the United States abolished slavery and remade the Constitution to create birthright citizenship, equal protection, and due process, and to ban racial discrimination in voting. Newly freed from bondage, southern African Americans reconstituted families, created schools and churches, elected thousands of local officials, and began to acquire property. In that formative era, Americans debated who counted as a citizen and what powers citizens possessed in ways that still resonate today. Yet 150 years after the Military Reconstruction Acts that launched biracial democracy in the ex-Confederate states, many people still do not know anything about the era, or they know a series of myths and legends.

Shortly after white terrorists overthrew biracial governments of the southern states, scholars like Woodrow Wilson and William A. Dunning, novelists like Thomas Dixon, filmmakers like D. W. Griffith, and many others promulgated a propaganda campaign to discredit Reconstruction, deny black equality, and consolidate white supremacy in the South. Although historians have worked to undermine this false narrative since the 1935 publication of W. E. B. Du Bois’s Black Reconstruction in America, and have developed a powerful counter-narrative over the past 50 years culminating in Eric Foner’s extraordinary Reconstruction: America’s Unfinished Revolution, we have struggled to break the hold of those older myths. Without an accurate understanding of Reconstruction, Americans cannot understand the roots of their own democracy, the extraordinary achievements of ex-slaves in the decades after the Civil War, and the violent retraction of those constitutional rights.

National parks are places where people who do not necessarily read academic history come to engage with the past. And parks have been central to communicating new views of the Civil War and the Civil Rights Movement. But no National Park Service (NPS) site has focused on Reconstruction. For that reason, breaking that barrier and placing Reconstruction in the park system is an extraordinary moment in public history, and we hope it will spur many more efforts to commemorate Reconstruction.

The creation of the Reconstruction monument, according to the  New York Times , “is the culmination of a more than 15-year effort.” Why did it take so long? What about the current political or historical moment enabled its creation now? First we should explain something about the ...