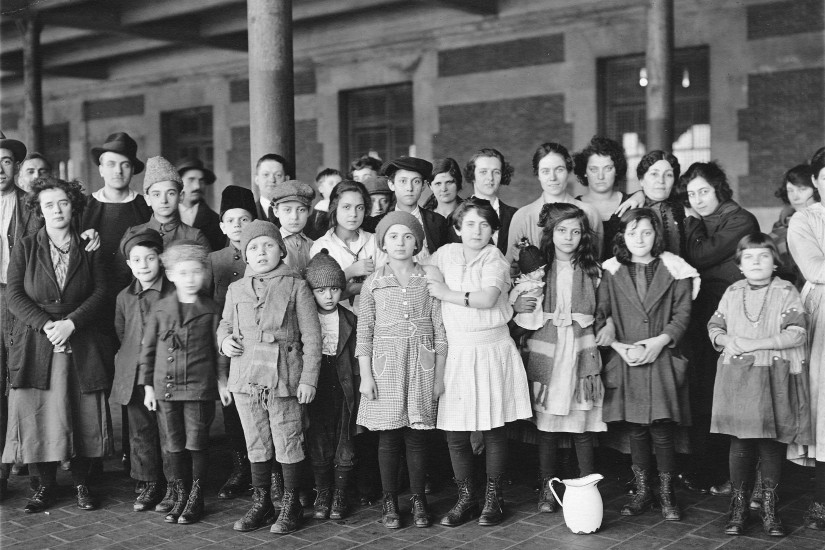 The United States is currently experiencing a “historic flow of unskilled immigration,” warned Stephen Miller in a bruising news conference last week that saw the White House senior policy adviser harangue a CNN reporter over the famous Emma Lazarus poem on the base of the Statue of Liberty. Miller, who is also the chief wordsmith behind President Donald Trump’s revanchist agenda, speaks with the conviction of a true believer.

Unveiling the administration’s new immigration proposal, Miller suggested a shift in who does, and who doesn’t, earn a coveted green card. “Does the applicant speak English? Can they support themselves and their families financially? Do they have a skill that will add to the U.S. economy? Are they being paid a high wage?”

It’s perfectly reasonable to revisit American immigration policy, which has remained mostly consistent for over 50 years and favors family reunification over skills-based quotas, unlike many other Western countries. But to claim that the current flow of “unskilled” immigrants into the United States is “historic”—or a break from precedent—is to betray history.

The great immigration wave that delivered some 40 million newcomers to the United States between 1830 and 1940 was comprised largely of unskilled workers with minimal English-language proficiency. For every third- or fourth-generation white ethnic family, there is a stunning success story, but in the aggregate, their ancestors experienced little economic mobility in their own lifetimes. Many of them had little interest in even being American; they came to earn money and return home.

The proposed shift to a skills-based system might be good for the country; it might be bad. It’s the prevailing system in Canada and Australia, two countries that aren’t known for their hostility to immigrants. But on one important point, Miller is clearly wrong: Trump’s plan would signal a dramatic break with American history and tradition.