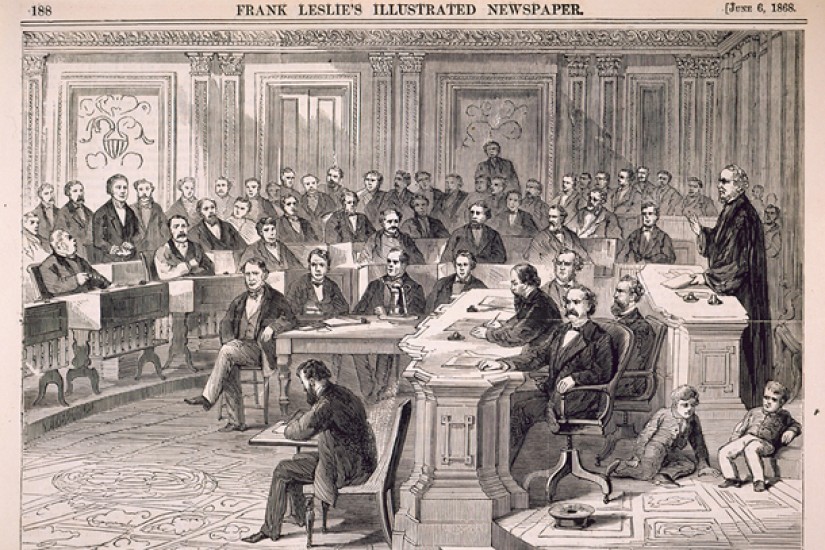 The Senate votes on the impeachment of President Johnson, 1868.
Frank Leslie's Illustrated Newspaper/Wikimedia

As the circus that is the Trump presidency lurches from one disaster to the next, some of the president’s opponents apparently believe he’s just one Twitter tantrum away from being thrown out of office. They ought to know better.

Impeachments are no simple matter: they are prolonged bloodlettings, constitutional proceedings furnished with all of the props of a legal hearing, but above all, political cage matches from which few competitors emerge unscathed. After Bill Clinton’s 1998-9 impeachment over the Lewinsky scandal, it was the Congressional Republicans who went after him that limped away wounded.

To be successful, impeachments require an extraordinary will on the part of a great many members of Congress. Given the Republican party currently controls both houses, it will likely not be until the midterm elections in 2018 that Democrats will have a chance to seize the initiative and press for Trump’s ouster – if indeed they are in a position to do so.

Nonetheless, the idea of a Trump impeachment is doing the rounds, and pundits are duly prodding historians for some guidance as to how it might work. There aren’t many precedents to go by – but the one that comes most easily to mind is Andrew Johnson, who served as the 17th president from 1865-69.