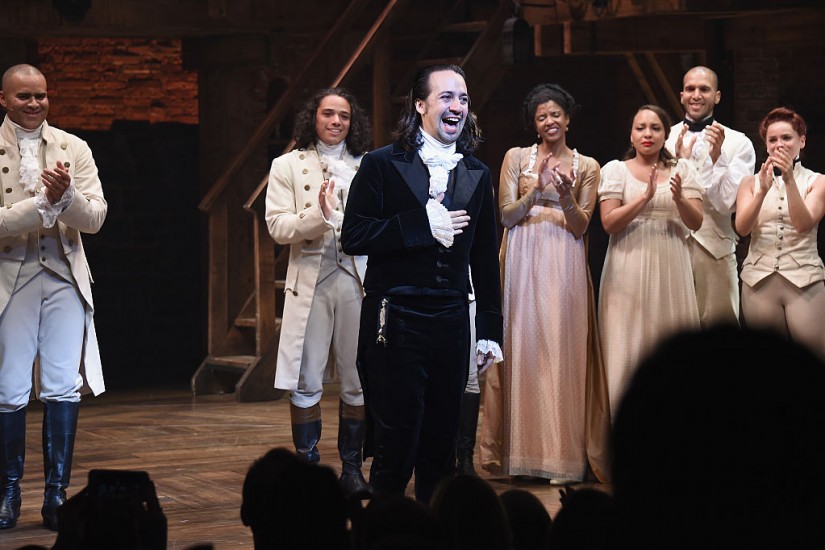 On a summer day in New Jersey in 1804, two of America’s Founding Fathers participated in a duel that killed one and effectively ended the career of the other.

What had slightly lower stakes and a less tragic outcome was the water cannon duels that took place recently at a child’s birthday party in Pittsburgh. Party goers turned their backs on one another, paced, then shot and fired just like Alexander Hamilton and Aaron Burr, who the guest of honor, Juliet Forrest, had come to know and love through the hit musical “Hamilton.”

Projected to become a billion-dollar Broadway hit and having picked up 11 Tony Awards, "Hamilton" was guaranteed a place in the pantheon of musical theater. But the "$10 dollar Founding Father" has picked up an unexpected fan base beyond the matinee crowd: tweens, who are experts on the show’s often tongue-twisting lyrics and, incidentally, much of early American history.

Zest for the show among the eight- to 12-year old crowd is showing up not just in backyards, but also in classrooms around the country, where students are becoming “Hamilton” experts, often helping adults navigate the musical's familiar choruses.

While a Treasury secretary is perhaps a surprising icon for a group normally drawn to Disney princesses, what captivates them, explains Dr. Marilyn Plotkins, chairwoman of the theatre department at Suffolk University in Boston, is an intriguing narrative. "There's a really good story,” she says. “There's a lot of action. [And] I think the women in 'Hamilton' are so appealing. You know, they're strong, they're beautiful, they're articulate, they're fighters.”