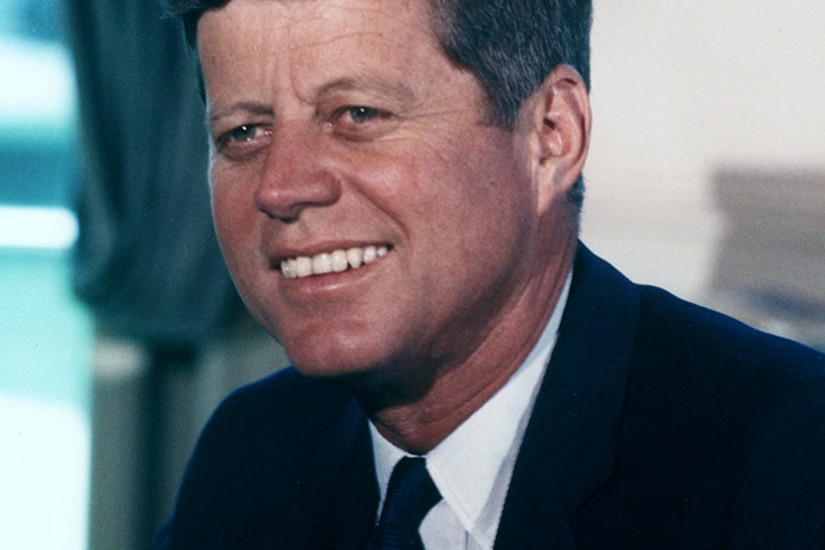 John F. Kennedy was born 100 years ago this year. While he lived Kennedy was a bona fide celebrity; as good looking, youthful, and wealthy as any Hollywood actor, he seemed to embody the promise of the American Dream. In death, Kennedy became just as big a myth as those he regularly invoked in his famous rhetoric.

His election promised adventure and progress as he invited Americans to join him as pioneers on the edge of a New Frontier. The shocking suddenness and violence of his death appeared to lay waste to all those dreams. The ensuing birth of the Camelot mythology brought with it the sense that a huge potential had been thwarted. However, Kennedy left behind a political legacy, as well as one of grace and style. Although Jackie Kennedy insisted his era was irrevocably lost, out of Kennedy’s death grew a legend, one that would be used by later politicians to rally people around their agendas.

The evocation of the Kennedy legacy as a political tool began immediately after the president’s death. President Johnson, addressing a joint session of Congress two days after the funeral, relayed his desire to continue Kennedy’s work. “Now,” he stated, “the ideas and ideals which he so nobly represented must and will be translated into effective action.” Johnson was specific, calling on Congress to pass Kennedy’s civil rights and tax bills. The fledgling president claimed that to pass the former especially would be the greatest tribute to Kennedy’s memory. Johnson repeatedly evoked Kennedy’s memory, immortalized in the “minds and memories of mankind,” as a reminder not just of what had been lost, but of what could be achieved in his name.