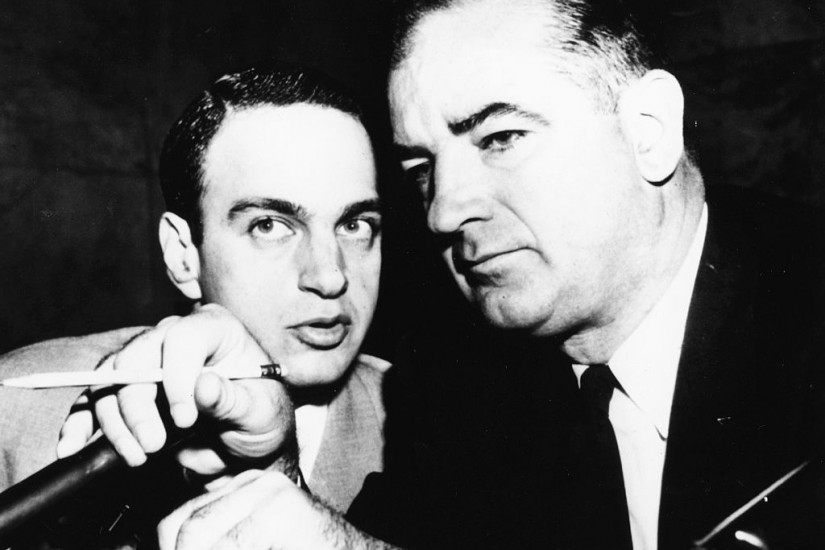 The reporter from the Washington Post didn’t ask Donald Trump about nuclear weapons, but he wanted to talk about them anyway. “Some people have an ability to negotiate,” Trump said, of facing the Soviet Union. “You either have it or you don’t.”

He wasn’t daunted by the complexity of the topic: “It would take an hour and a half to learn everything there is to learn about missiles,” he said.

It was the fall of 1984, Trump Tower was new, and this was unusual territory for the 38-year-old real estate developer. He was three years away from his first semi-serious dalliance with presidential politics, more than 30 years before the beginning of his current campaign—but he had gotten the idea to bring this up, he said, from his attorney, his good friend and his closest adviser, Roy Cohn.

Roy Cohn, the lurking legal hit man for red-baiting Sen. Joe McCarthy, whose reign of televised intimidation in the 1950s has become synonymous with demagoguery, fear-mongering and character assassination. In the formative years of Donald Trump’s career, when he went from a rich kid working for his real estate-developing father to a top-line dealmaker in his own right, Cohn was one of the most powerful influences and helpful contacts in Trump’s life.

Over a 13-year-period, ending shortly before Cohn’s death in 1986, Cohn brought his say-anything, win-at-all-costs style to all of Trump’s most notable legal and business deals. Interviews with people who knew both men at the time say the relationship ran deeper than that—that Cohn’s philosophy shaped the real estate mogul’s worldview and the belligerent public persona visible in Trump’s presidential campaign.