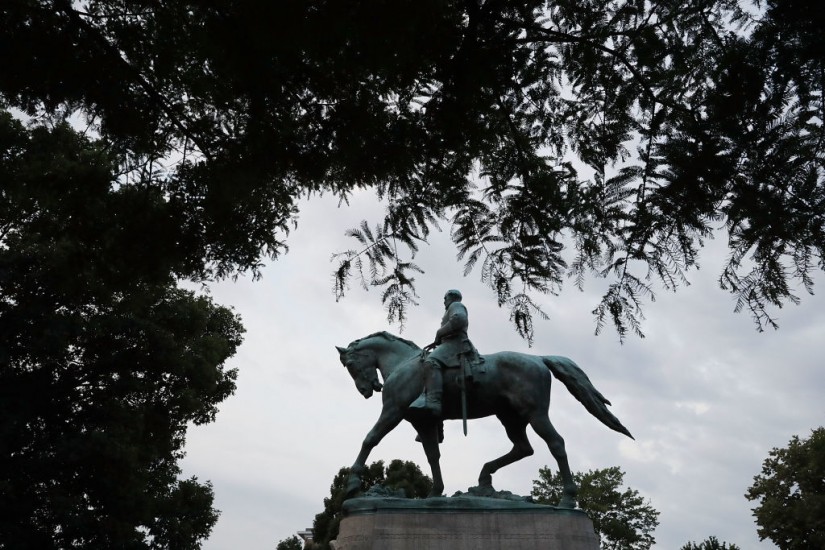 A statue of Robert E. Lee stands in Charlottesville's Emancipation Park a day after violent protests broke out in response to a vote to remove the statue (August 13, 2017).
Chip Somodevilla/Getty Images

Since the horrific church shooting in Charleston, S.C., two years ago, calls to remove Confederate flags and monuments have swept the South from Virginia to Texas. Contrary to contemporary claims that chants to “take it down” are a product of liberal campaigns for political correctness or a new target of the Black Lives Matter movement, contests over Civil War symbols and memorials have divided the country for more than 150 years.

Calls to “take it down” have been offered as a solution to modern race relations — a way to construct more inclusive communities. But in removing monuments, we not only eliminate memorials to the Confederacy, but also erase the history of those who fought against the values the monuments claim to represent.

For many, the memory of the war proved as polarizing as the war itself. Bitter debates over the placement and meaning of monuments emerged as early as 1865 in the North and the South. And these debates revealed time after time that there has never been a single historical interpretation of what the Civil War meant — for Unionists or Confederates, for black or white.

Recent monument controversies, in particular, have focused on the character of the people whom they depict, such as memorials to Robert E. Lee. But these monuments reveal more about who built them and why they did so than the figure they propose to honor.