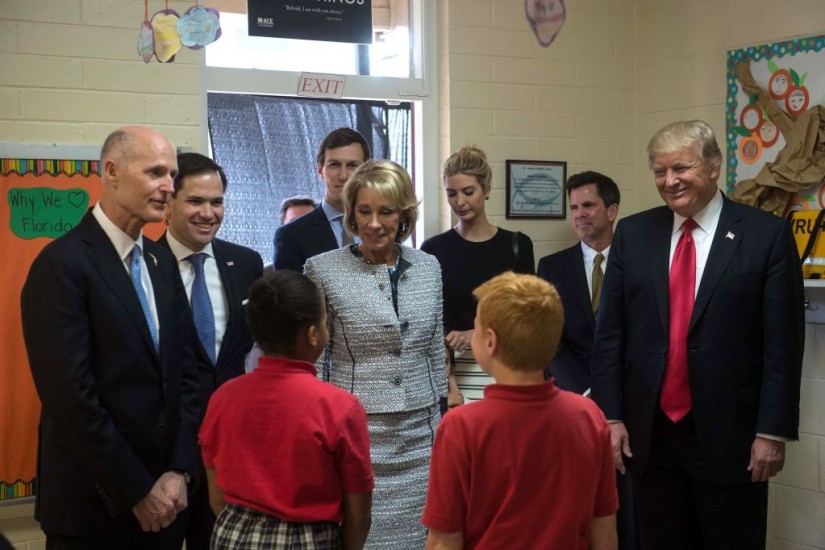 Education Secretary Betsy DeVos has been a loyal proponent of school choice. In her home state of Michigan, DeVos advocated both public school choice and vouchers to empower parents to send their children to private and religious schools. As secretary, she argues that “parents no longer believe that a one-size-fits-all model of learning meets the needs of every child.” They “know other options exist, whether magnet, virtual, charter, home, faith-based or any other combination.”

Now President Trump is proposing devoting unprecedented amounts of federal money to expand school choice nationally. Both Trump and DeVos argue that families, not the public, should choose their schools. As DeVos recently proclaimed, “School choice is about recognizing parents’ inherent right to choose what is best for their children. That’s the manifestation of expanding human liberty in America.”

But this conception of public education ignores our collective interests as a society. America’s public schools developed because after the Revolution, Americans realized that leaving education to parental whims and pocketbooks created vast inequalities and could not ensure an educated citizenry. A return to this type of system threatens to exacerbate educational inequality, which already plagues modern America and weakens our democracy. The Founding Fathers saw freedom as the cornerstone of the nation and public schools as essential vehicles to secure it. Guided by their vision, we should work to fix America’s public schools, not abandon them.

During the Colonial era and into the early American republic, most Americans shared DeVos’s notion that education was a family responsibility. Parents who could afford it taught their children at home, hired itinerant men or women who “kept” school for a fee, or sent older children to charter schools called academies. Most Americans had little formal schooling.

The Revolution transformed how some Americans thought about education. These Americans agreed with Thomas Jefferson that the future of the republic depended on an educated citizenry. They also believed that the opportunities offered by schooling should be available to rich and poor alike. Many state constitutions included clauses like Georgia’s in 1777: “Schools shall be erected in each county, and supported at the general expense of the State.” But how to execute this directive? The best way, American leaders ultimately concluded, was to encourage local public schools and to limit the growth of academies.