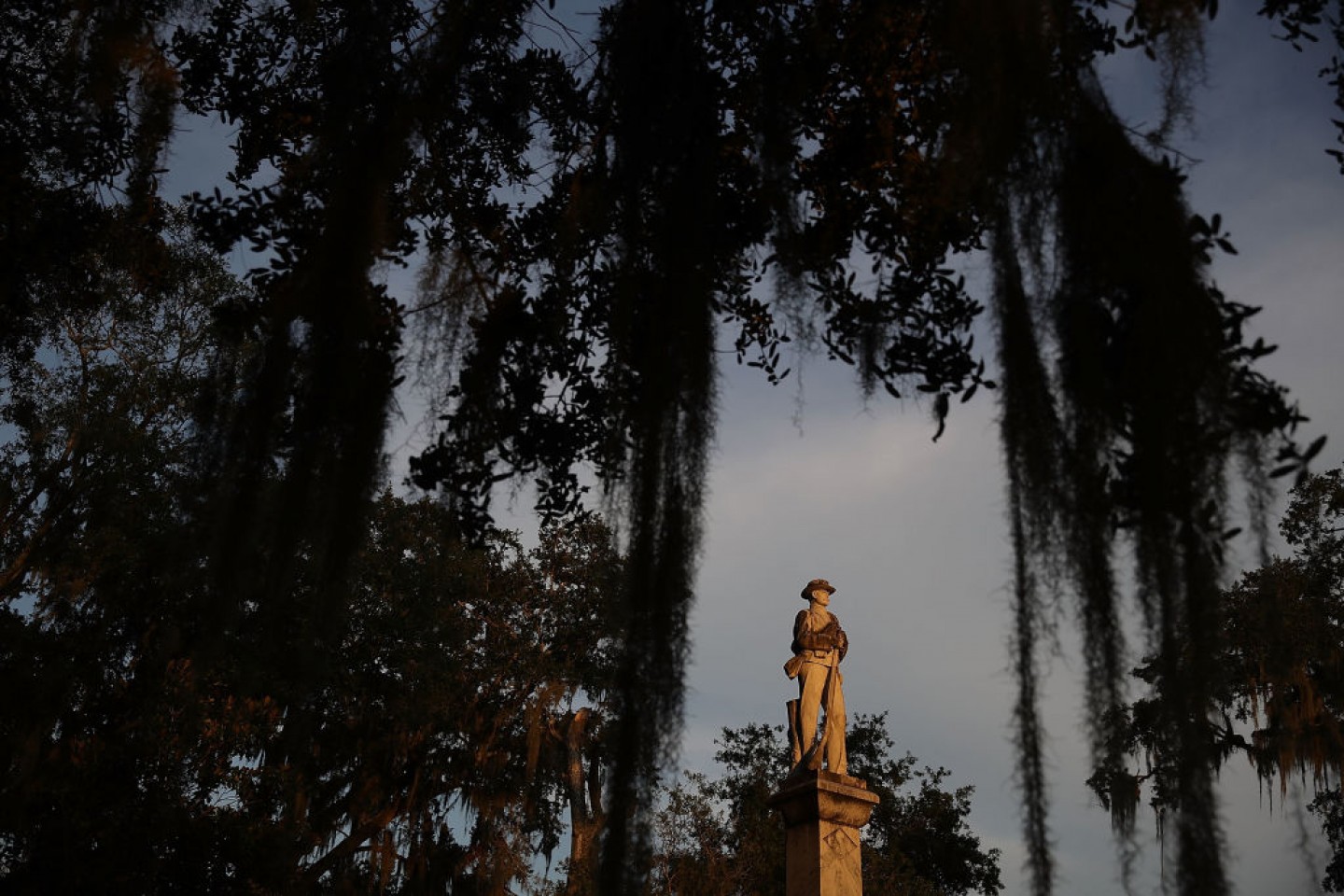 A Confederate soldier monument in a park in Madison, Florida.
Joe Raedle/Getty Images

In anticipation of the launch of this website, I wrote a brief essay about why I have studied the American Civil War. While we were finishing up the complex work for that debut, the events in Charlottesville—where I lived for more than a quarter of a century and where I still have strong ties—shattered the nation. I present the original essay below, followed by reflections about what happened afterwards.

Twenty-five years ago I decided to study something I wasn’t particularly interested in: the American Civil War. The subject seemed buried in kitsch and fantasy, on the margins of the big innovations and issues in history.

My two previous solo books, though set in the nineteenth-century American South, had avoided the Civil War. They focused instead on what felt like more concrete legacies and more immediate problems: crime, prisons, and lynching in the first book, and the origins of segregation and voting restrictions in the second.

But I chose in the early 1990s to turn to the Civil War and Reconstruction because I knew those events turned around unresolved problems at the heart of our nation’s history: the consequences of slavery. The ambiguity has troubled people of good will ever since the war itself. The defense of slavery by the Confederacy started the war, but the United States did not declare ending slavery as the purpose of the war until many months had passed and many people had died. Afterwards, Reconstruction, despite an inspiring vision, collapsed before it could establish an enduring foundation for justice and opportunity for the four million formerly enslaved people.

That ambiguity in the nation’s purpose has allowed space for all kinds of evasions over the 150 years that followed the Civil War, space for the Lost Cause to flourish and space for people to castigate Abraham Lincoln for hypocrisy. Because the Civil War became a war to end slavery only during the war itself, because Reconstruction had the life squeezed out of it in just a few years, people—no matter their politics—who wanted to insist that neither was driven by a quest for justice for African Americans had some plausibility. Until we figure out to account for that slippage, how to offer a story that confronted those confusions, it seemed to me, we would continue to struggle with the war and its legacy.

As I’ve been thinking about the Civil War—or, as I put it in the title of an essay 20 years ago, “worrying about the Civil War”—that war and its problems have not receded. Instead, the Confederate battle flag and the monuments to Confederate leaders have become ever more volatile, forcing themselves into the awareness of people who could not care less about First Manassas or the Overland Campaign. People use the Civil War rather than trying to face it squarely, to understand what the war at the center of our history was actually about.

Several currents have converged over the last five years to push the Civil War and its consequences to the forefront of our attention. One current—actually, a countercurrent—was the election of Barack Obama and the reaction of people who hated the idea of a black man as president of the United States. Race and partisanship fused in a volatile way. At the same time, African Americans and liberal supporters have gained enough political power to challenge the unquestioned presence of monuments to the Confederacy in their midst. Events such as the killing of innocent people in the church in Charleston by a man brandishing a Confederate battle flag on his Facebook page triggered a wave of disgust and determination.

Historians have spoken with one voice about the centrality of slavery in the Confederate cause and the centrality of Jim Crow in the erection of Confederate monuments. Those arguments do not persuade those who are determined not to be persuaded, but many people of good will and open minds have come to accept that the Confederacy was not driven only by a concern for states’ rights or vague economic causes or a simple determination to defend a “way of life.” They are willing to listen to what the historical record says if it is presented with an acknowledgement of its complexity and contradictions.

And then the event now known as “Charlottesville.”

On the morning that white supremacy marchers mobilized in Charlottesville, I was preparing to help my co-host of our podcast BackStory, Brian Balogh, teach a class at the University of Virginia on the history of voting restrictions that afternoon. The class, intended to counter the protest with reason and perspective, was canceled when violence began.

Over the next few days, reporters in all media and from all over the country and beyond, suddenly hungry for perspective on the Civil War and its monuments, asked me to talk with them. Queasy but filled with a sense of responsibility, I did so several times, especially for national media. I am trying to fulfill several responsibilities I hold in Richmond and in my profession, subordinating my own political opinions while I try to share perspective born of years of worrying about the Civil War.

The events of the last two weeks bear out the premise of Bunk: virtually everything important in American life today grows out of—and then remakes—our history. Knowing what happened matters. It is not merely a matter of setting the record straight for the record is not straight. The ambiguities, contradictions, and conflicts in the record are where history lies, and what Bunk was created to explore.