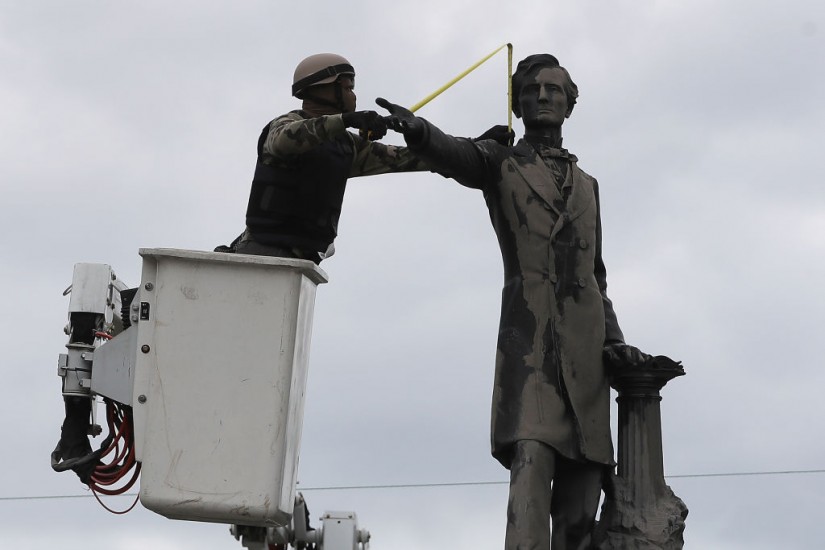 A New Orleans city worker measures the Jefferson Davis monument in New Orleans in preparation for removing it on May 4, 2017.
Justin Sullivan/Getty Images

From Charlottesville, Va., to New Orleans, La., the removal of Confederate statues from public spaces and the debates over their removal are making national news. Numerous other Southern communities, large and small, are reconsidering the future of the Southern soldiers in marble and bronze that stand watch over their town squares and courthouses. What will be their fates? As a bi-monthly magazine, Civil War Times has a hard time being newsworthy and current. Often news stories that occur when we are putting an issue together will be “cold” by the time that issue is completed and sent off to the printer. The monument controversy, however, appears to be one that will remain topical for some time, and I feel that CWT needs to address the debate in some manner as it grows in intensity. I think it would be interesting, timely, and important for readers to hear views on monument removal. So to that end, I asked members of the magazine’s advisory board, all highly respected scholars and authors, as well as some other selected authorities, to send us their opinions on Confederate monument removal. Their interesting and thoughtful answers are diverse, and some are likely to be controversial. The removal of Confederate monuments is a complex issue.