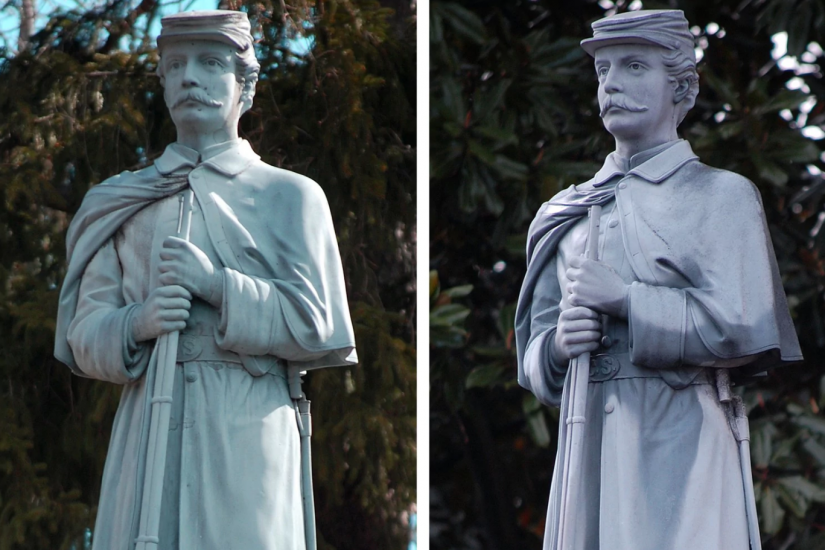 The nameless figure, known to many as the Silent Sentinel, gazes over town squares and courthouse steps in dozens of Southern towns — but not just there.

Many of the South’s Silent Sentinels turn out to be identical to the statues of Union soldiers that decorate hundreds of public spaces across the North. Identical, but for one detail: On the soldier’s belt buckle, the “U.S.” is replaced by a “C.S.” for “Confederate States.”

It turns out that a campaign in the late 19th century to memorialize the Civil War by erecting monuments was not only an attempt to honor Southern soldiers or white supremacy. It was also a remarkably successful bit of marketing sleight of hand in which New England monument companies sold the same statues to towns and citizens groups on both sides of the Civil War divide.

It took some years before Southern customers caught on and sought to buy statues of soldiers who were more obviously Grays rather than Blues. Statue manufacturers eventually gave their Confederate models a slouch hat instead of the Union topper that looked more like a baseball cap, and a short shell jacket rather than the North’s greatcoat, and a bedroll to replace the Union man’s knapsack.

But dozens of statues North and South are all but precise copies.