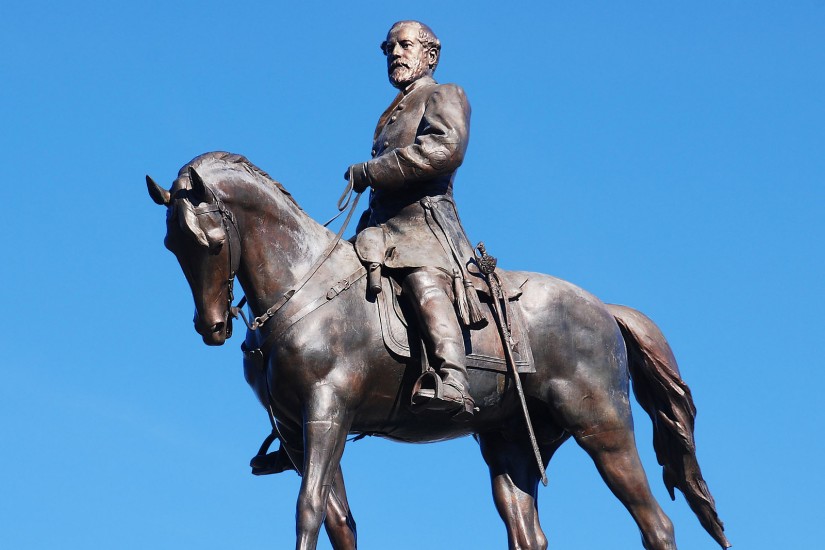 The debate over Confederate monuments has been framed by President Donald Trump — and some who share his views — as a fight between those who wish to preserve history and those who would “erase” it. But let us linger on what history we’ll be preserving as long as Confederate memorials stand.

The Confederate monuments in New Orleans; Charlottesville, Virginia; Durham, North Carolina, and elsewhere did not organically pop up like mushrooms. The installation of the 1,000-plus memorials across the US was the result of the orchestrated efforts of white Southerners and a few Northerners with clear political objectives: They tended to be erected at times when the South was fighting to resist political rights for black citizens. The preservation of these monuments has likewise reflected a clear political agenda.

It is going to take equal energy and focus to remove them from the national landscape.

But the story of the monuments is even stranger than many people realize. Few if any of the monuments went through any of the approval procedures that we now commonly apply to public art. Typically, groups like the United Daughters of the Confederacy (UDC), which claimed to represent local community sentiment (whether they did or did not), funded, erected, and dedicated the monuments. As a consequence, contemporaries, especially African Americans, who objected to the erection of monuments had no realistic opportunity to voice their opposition.

Most Confederate monuments were, in short, the result of private groups colonizing public space.

Over the past decade, Southern legislatures have passed laws requiring approval from state legislatures before any historical monuments can be moved, removed, or altered — thereby freezing those private decisions in place.