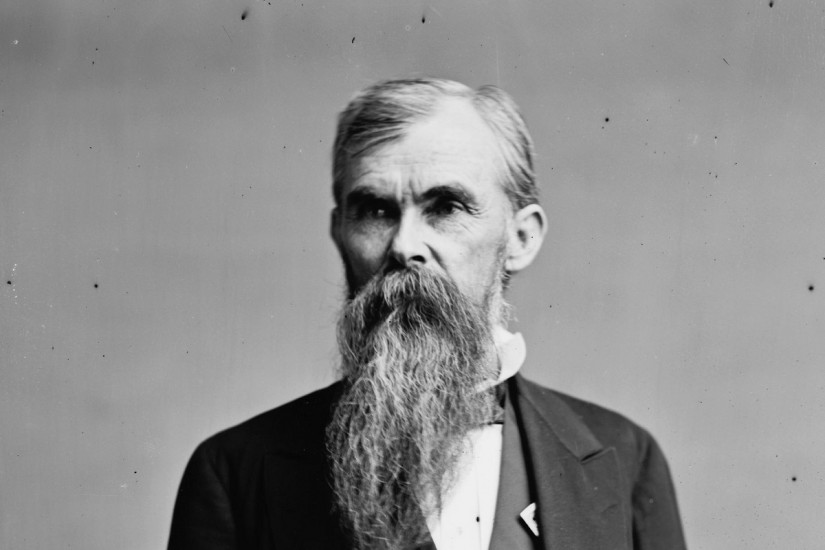 Some years ago, I went to a conference in Charleston. During a free moment, I strolled down to an old marketplace where I browsed the shops — all of which, it seemed, specialized in Confederate memorabilia. In search of a small gift for my son, I wandered among stacks of toy rifles, piles of Confederate belt buckles, and displays of battle flag bumper-stickers. At some point my eye caught a large framed lithograph of Robert E. Lee and the officers of the Army of Northern Virginia entitled “Lee and His Generals.” Inspecting it, I saw that something — or rather, someone — was missing. I was looking for a tiny, bearded, Major General, a divisional commander who was with Lee at Appomattox and who shared in the decision to surrender that April day in 1865. I was looking for General William Mahone of Virginia, and I did not find him because he was not there.

A native Virginian, a railroad magnate, a slaveholder, and an ardent secessionist, Mahone served in the Confederate army throughout the war. He was one of the Army of Northern Virginia’s most able commanders, distinguishing himself particularly in the summer of 1864 at the Battle of the Crater outside Petersburg. After the war, Robert E. Lee recalled that, when contemplating a successor, he thought that Mahone “had developed the highest qualities for organization and command.”

How did such a high-ranking Confederate commander wind up missing in action in a Charleston gift shop? Not, I think, by accident.

By now, Americans interested in the Confederate monument removal project have had it drilled into them that the monuments were erected decades after the end of the Civil War as testimonies to white supremacy in all its various manifestations: segregation, disenfranchisement, lynching, peonage, and second-class citizenship across the board.

But the monuments were not merely commemorative. They were designed to conceal a past that their designers wanted to suppress. That past was the period after Reconstruction and before Jim Crow, years in which African Americans in the former Confederacy exercised political power, ran for public office, published newspapers, marched as militias, ran businesses, organized voluntary associations, built schools and churches: a time, in other words, when they participated as full members of society.

General William Mahone has not been forgotten entirely. Rather, he has been selectively remembered.