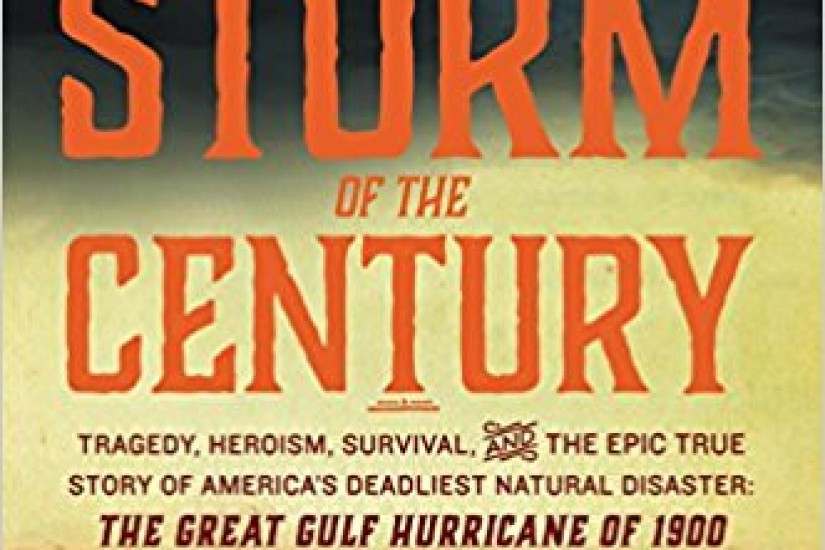 The cover of Al Roker's book, Storm of the Century.
Roker/Amazon

Meteorology hasn't always been as exact a science as it is today—as Al Roker well knows. His upcoming book,The Storm of the Century, is a narrative account of the hurricane that devastated Galveston, Tex., in September of 1900, essentially destroying a city in one single day. One of the many figures who populates the story of unprecedented disaster is Isaac Cline, the chief meteorologist for Galveston. The turn of the century was an exciting time to be in meteorology: it seemed that, as Roker writes, "nature's terrors would succumb to the superior intelligence of the human race." Galveston proved that theory wrong, even though Cline was well versed in the most advanced weather science of his day, which Roker explains in the exclusive excerpt below:

While the science of forecasting was becoming, in Cline’s day, a modern and objective one, much of the technology on which it depended was ancient.

Of the big three, the anemometer used the oldest technology. Four fine, metal, hemispherical cups, their bowls set vertically against the wind, caught air flow. Because each cup was fixed to one of the four posts of a thin, square metal cross, lying horizontally, and because the cross’s crux was fixed to a vertical pole, when wind pushed the cups, they made the whole cross rotate. It made revolutions around the pole.

In Cline’s day, the pole was connected to a sensor with a dial read-out display. The number of revolutions the cross made per minute—clocked by the sensor, transferred by the turnings of the wheels, and displayed on the dial—indicated a proportion of the wind’s speed in miles per hour.