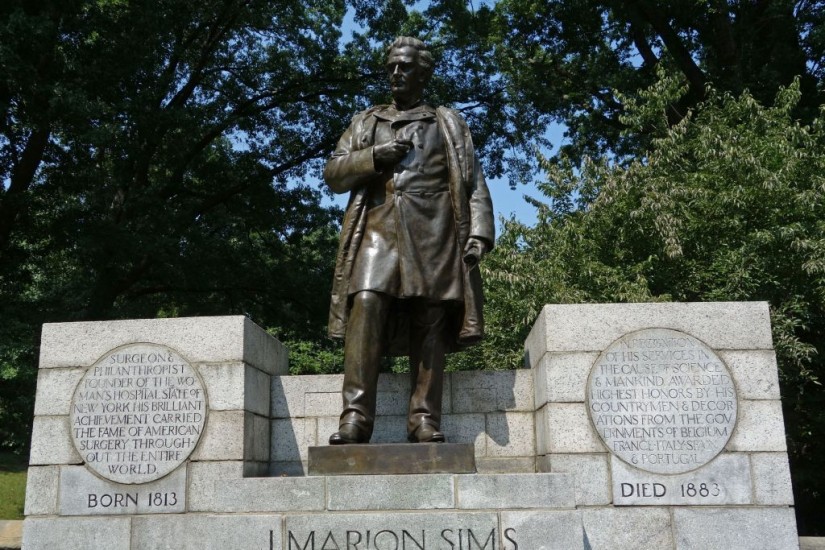 Modern-day critics are angry that J. Marion Sims operated on nearly a half-dozen enslaved women without the use of anesthesia. They are also are incensed that he has been so widely lauded in the Western world for his work in gynecology. Statues depict and honor him in New York’s Central Park and the South Carolina Capitol in Columbia, and activists have demanded the removal of such memorials, even before recent protests about Confederate monuments. Hospitals in Dublin, Ireland, and in his home of Lancaster, South Carolina, bear his name.  The lives of the enslaved women on whom he experimented—Anarcha, Betsy, and Lucy, among others—have been largely forgotten.

The controversy is twofold and tends to lack historical nuance. Sims has been painted as either a monstrous butcher or a benign figure who, despite his slaveowning status, wanted to cure all women from their distinctly gendered suffering. As a historian and researcher, I am usually frustrated by the ahistoricism and reductionism that has emerged on both sides of the Sims debate. To better understand Sims, his enslaved patients, and the state of medicine, we must contextualize the antebellum South and its racial politics.

Sims was a South Carolinian who grew up in a world where slavery and anti-Black racism was normal. As a slaveowning physician, he practiced, as did so many of his peers, on sick Black bodies for profit. Before Sims’ most famous gynecological surgical work on Anarcha, Betsy, Lucy, and at least three other unidentified enslaved women, he examined and treated enslaved people with ailments that ranged from tetanus to cleft palate repair. In his medical writings and his memoir, Sims used patronizing and offensive language to describe his thoughts and treatment of women and Black Americans. In this regard, just like in his experimental medical work, his views proved to be the norm and not the exception in his racial and gendered beliefs.