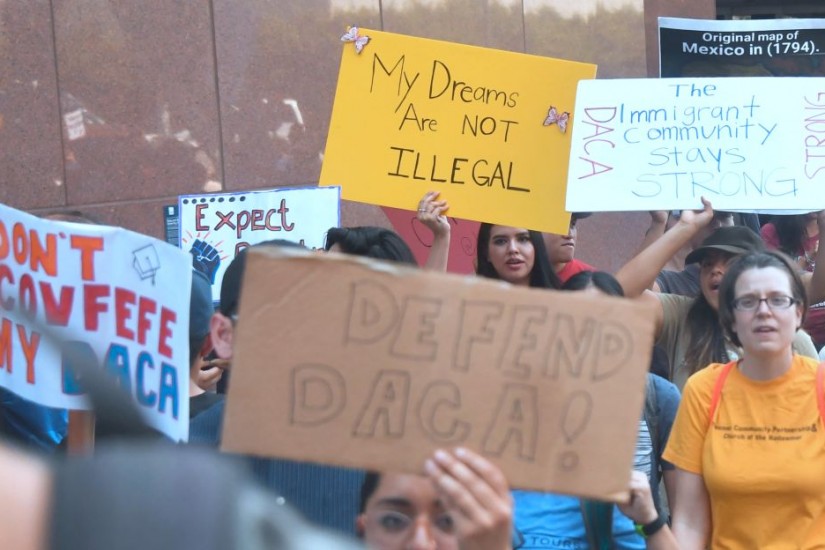 Earlier this week, the Trump administration announced its plan to scrap the Obama-era Deferred Action for Childhood Arrivals program, leaving Congress six months to draft replacement legislation. Since 2012, over 785,000 individuals have been approved for the program, which is intended to shield from deportation undocumented migrants who arrived in the United States as children. According to the liberal Center for American Progress, roughly 84 percent of DACA recipients identify as Latino, 9 percent as Asian, 2 percent black and 2 percent white.

This racial configuration matters, because race often serves as the ground upon which questions of belonging and claims to citizenship are decided in this country. Eliminating a program whose beneficiaries are overwhelmingly people of color demonstrates the continued potency of political appeals to white racial resentment. But it also illuminates the politics of forgiveness, setting the vulnerability of DACA recipients in sharp contrast to the American tradition of unconditional white amnesty. In short, the history of amnesty in the United States is necessarily a history of race itself.

Unconditional white amnesty, as I argued in Black Perspectives, can most clearly be seen in the aftermath of the Civil War. In 1868 President Andrew Johnson — a politician with whom Donald Trump is often compared — enacted the most ubiquitous amnesty policy in American history as a way of “re-assimilating treasonous white confederates who had taken up arms against the United States during the Civil War.”...

Race determined civic identity after the Civil War, with whiteness trumping loyalty to country. Johnson’s desire to assimilate people into society did not extend to black Americans. In fact, he labored to exclude them from postwar restitution and civic participation. Just three years prior to Proclamation 179, Johnson overturned Union Gen. William T. Sherman’s Special Field Order No. 15 — an idea conceived by formerly enslaved black ministers in Georgia — to offer 40 acres of land to recently emancipated black persons.