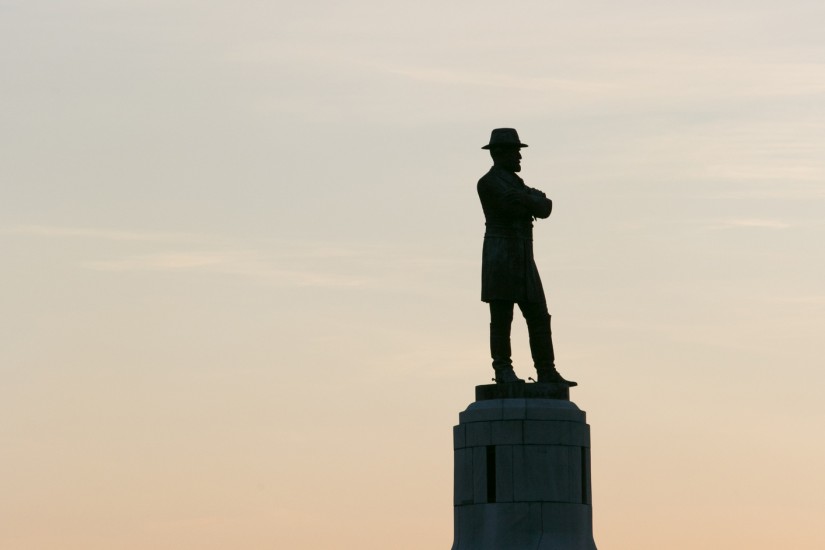 On Thursday morning, as the President of the United States tweeted his tacit support of the Confederacy, three different friends sent me messages. Each was struggling with the same thing: how do we convince our friends and families that statues of former Confederates need to come down? One friend had spent the previous evening in tears after an interaction with a loved one turned from conversation to argument.
I won’t spend time trying to explain why the statues must come down — Civil War historians with far more clout have been doing the brave work of talking to reporters about these issues since last week. Instead, I want to make one argument for why these conversations are so hard: we love the Civil War too much.

Recently, I wrote about Judith Giesberg’s Sex and the Civil War for Nursing Clio. In my review, I said that out of all the incredibly fascinating material in that book, the thing that stood out most to me was an argument that appears at the end where Giesberg suggests that perhaps writing about the war is, in a sense, pornographic.1 We’re drawn to its obscenity, its insatiable and entrancing violence. Similarly, Drew Gilpin Faust has suggested that the war is seductive because of its horrors, and that in obsessing over it, we may be reinforcing the allure of war itself.2

Many white Americans love the Civil War. They’re drawn to the drama and tragedy, the inspiring characters and compelling action, but most of all, they’re drawn in by the sense that the war was transcendent. Men, they believe, fought for righteous causes – hearth and home, preservation of a way of life, the rejection of tyranny. But that love is built on a very particular historical memory that oversimplifies, mythologizes, and deifies. It focuses on the battlefield and ignores the plantation; honors the soldier and ignores ideology; clings to the glories and struggles to accept the bitter and unseemly. I know this because I love the Civil War. But unlike many Civil War enthusiasts, I went on to become a professional historian, and my childhood love matured, tempered, and broadened with deep reading and study that helped me to see all the problematic complexities.